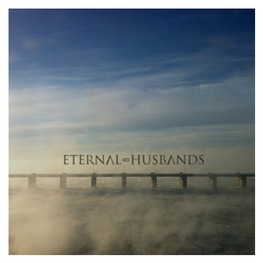 Rick Reid
eternalhusbands@gmail.com
5149230961
Contact Info
Past Shows (2)
Eternal Husbands are Rick Reid and Matt Leddy, formed in 2013. They play pop music with an experimental streak in many iterations, adding elements of noise, rock, ambient, krautrock, found sounds, powerpop and film soundtracks to their always evolving sound. They have been playing music together for a very long time and have made over a dozen records together with various projects including The City Streets and Half Cut.

Eternal Husbands' latest album coming out in early 2015 is called French Exit and is their best work yet (every band says this about every record but this time it happens to be true). A lush pop record with layers of sound, meticulously constructed songs, haunting melodies and an eclectic yet cohesive collection of tunes, it was produced and recorded by Jesse Gander (Japandroids, White Lung) at Rain City Recorders in Vancouver over several sessions in the summer of 2014. Two singles, "Exiles " and "Purple City" have been released so far in anticipation of the release.

Eternal Husbands have toured Canada several times including a showcase at M for Montreal as well as dates in New York in support of their self titled debut. They have added drummer Jesse Silkie to the live band as well as guest musicians when the situation arises. The boys have plans to tour Europe in support of the new album, as well as a Canadian tour. A fresh start, a new direction, the same passion for writing songs and playing live, another walk around the block.
No audio samples have been linked to this profile.

Status: Available for Shows/Gigs
- Last confirmed May. 19, 2016
Submit info on this band to our admins