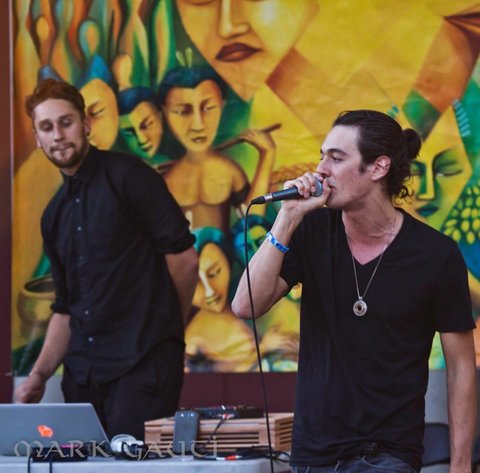 Event Photo Galleries (2)
Dia-Nos consists of two Musicians, one Dia the other Nostic. Dia-Nos use ancient sayings, symbols, and instruments, combined with a modern sound in there music. Dia & Nostic produce their beats as a team. Live; Dia vibrantly djs through a Kaoss Pad while Nostic spits over it in a multitude of languages including: English, Spanish, Latin & Greek. Their music consists of tribal, Word, Hip-Hop, House, Electro, Trap, Chill and more.
No audio samples have been linked to this profile.
No member roster has been entered (to link to musician profiles.)
Status: Available for Shows/Gigs
- Last confirmed Oct. 10, 2014
Submit info on this band to our admins