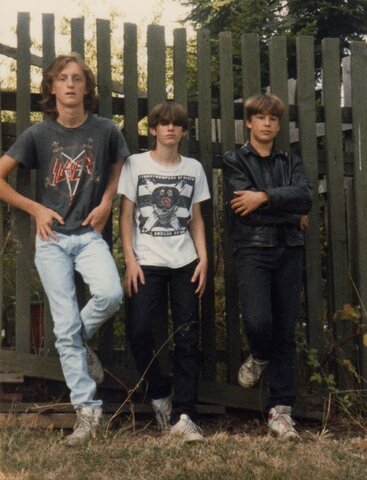 Jason
kwiateczku@hotmail.com
Contact Info
Xanimation formed in August of 1987. For all three of us it was our first serious attempt at a 'real band' and we wanted to sound as evil and deathlike as possible. We then spent all of autumn together mischievously exploring Ross Bay Cemetery, jamming in Sidney/Victoria, and trying to find someone to play drums.

We found Clint Brown in November -- he was not a fan of 'death' metal, but could keep a beat and reluctantly agreed to play along with our noise. Fed-up with people mis-pronouncing our band name, we quickly changed it to Dementia in honor of a song by local thrashers Armoros!

At the end of January '88 we borrowed an old six channel stereo/reverb mixer from guitarist Jason Harvey (Laceration) and spent all afternoon recording multiple takes of our two songs. The result was surprisingly clear and professional sounding, and within a week we began to circulate the songs throughout the international tape trading network. Dementia's "Rehearsal 1/24/88" demo was received by fanzines, bands, and collectors in South America, Europe, Japan, and North America with sympathetic reviews in Sponsored Death, Brain Dead, and other 'zines.

During the following three months we wrote "Dementia Praecox" and "Rotted Skeleton", however arguments over stylistic differences led us to finally end playing with Clint in late April without recording these two new songs. Plans were arranged to record the four song "Reticulation" demo in June with a new drummer, however by early May the band had fallen apart. Members soon resurfaced in Reprisal, Tomorrows Hostility, and Evisceration.

The demo later spread throughout the tape-trading network, and has recently gained interest from Nuclear War Now! Productions, which have planned a limited edition collectors 7" EP retrospective of the group.
No audio samples have been linked to this profile. 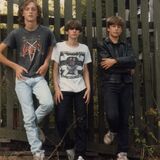 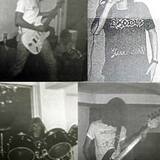 Status: Broken Up
- Last confirmed Nov. 8, 2020
Submit info on this band to our admins