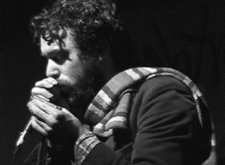 C.R. Avery is:
a). An internationally acclaimed slam poet.
b). A one man band, simultaneously singing, beat-boxing, playing harmonica, and playing keys.
c). An exhilarating frontman combining the everyman heart of Bruce Springsteen, the insightful words of Bob Dylan, the street attitude of Lou Reed, and the catchy songcraft of Tom Petty.
d). The author of four hip-hop operas, a new, energetic style of theater informed by the stories and rhythms of the streets.
e). All of the above.

Anyone who has seen C.R. Avery live can attest that e). is the correct answer. He takes his audience and band on an exciting and exhausting journey. No two shows are the same. C.R. often improvises new songs or pulls guests performers, friends like The Be Good Tanyas and Mark Berube, onto the stage. The audience is never left out, frequently clapping, dancing, and singing along.
The show often starts with a lone man walking on to the stage, sometimes in the shabby ripped denim and punched-in, brimmed hat of a hobo, sometimes in a suit and tie. The man approaches the microphone and pulls out a harmonica. Without a word he blows a few easy notes, to test that the mike is on and the audience is listening. The easy notes develop into a sunny melody. Suddenly he busts into an aggressive beat-box rhythm through the harmonica while still carrying the sunny melody. The silence of the audience breaks and cheers ring out as a wave of electricity washes through. The audience now knows that the man on stage is for real and what he is doing is different from what they have seen before. Next the man is reaching around his back and pulling out a small, red, guitar-sized keyboard. He starts playing the keyboard along with the rest of the music, becoming a one man band, doing all three things at the same time. And then, on top of all that, he starts singing.

Scratchy, smoky, beaten by years of cigarettes and off-mike shouting in cabarets all over the world, C.R. Avery's voice is instantly identifiable. When he sings his voice and delivery recalls Bruce Springsteen, Lou Reed, and Elvis Costello. Occasionally C.R. will cover a song by heroes such as Tom Waits and Bob Dylan, and, to the delight of the audience, will approximate their style of vocalization.
C.R's lyrics come from his slam poetry pieces, honed by the merciless, sudden death, one-victor-and-all-others-cast-aside competitive nature of the slam world. As such, having been performed in front of an audience that demands both intellectual clarity and visceral honesty, competing against the very best work of the very best poets, his pieces are crafted to a necessary perfection.

C.R. Avery has had numerous backing bands over the years, having toured his hip-hop operas across North America. The current lineup has been together since summer 2004 and looks to stay the course. They have recorded an album together, "Chain Smoking Blues", that is a step beyond previous studio albums. All the players have worked with C.R. for years in various situations.
Noah Walker plays guitar and has lent his talents as a guitarist and bandleader to such acts as Queso Blanco and The Damsels Undistressed. He is a frequent player in the Vancouver jazz scene. Noah pulls from his jazz side and his blues side to craft an atypical rock style. His solos, particularly ones where he trades off with C.R, are a highlight of the show.
Bass player Paul Surjadinata primarily holds down the bottom end, but also plays keys on certain songs and runs the sampler. He has played with Vancouver-based bands such as The Beefy Treats and NovaStatic. Many people ask, who is the guy singing the high parts? It's Paul.
David "Doc" Herbert handles the drums and percussion. Sometimes he plays with sticks, sometimes with brushes: whatever the tune requires. Doc hates drum solos. He formerly was in a band called Red Orchestra and played in The Beefy Treats with Paul.

Hip-hop opera is not a traditional form of opera. They are not in German or Italian, as most operas, but are written in the language and syncopation of the city streets. Hip-hop operas are properly called operas because, like traditional operas, they have music and tell stories and are often about broad themes such as love, treachery, hubris, and death. After the success of the 2001 hip-hop opera "Freight Train Land", which travelled all the way to New York and Los Angeles, and "Gonna Change My Tune" in 2004, C.R. Avery is back at work on a new opera.
C.R. Avery has travelled the world and has shared the stage with high profile performers such as Tom Waits, Ani DeFranco, and Sage Francis. The C.R. Avery Band is currently touring in support of their new album "Chain Smoking Blues". His live performances are unique and electrifying. Please see a show, book a show, or buy a CD. 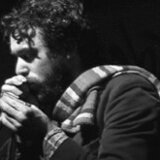