Clearly in a base of solid Pop/Rock..."Amazing! The songwriting shines, the vocals are dead on and she has incredible range. The production is stellar and the band sounds hot. I can't find anything even remotely negative to say."-Scott James, Music Director, 100.3 The Q radio

"This talented up and coming singer/songwriter has a unique musical style that I would describe as a Noir Magical genre" -Craig "Killer" Kincaid, The Wave Radio 102.3

"I was really impressed. A track like that should get a lot of commercial airplay. Her voice sounds great and it has an excellent melody! "
-Chris Logan, Nightclub Owner

In addition, Carmen has received a grant from FACTOR, completed a successful west coast tour - making television appearances on The New VI (CHUM, The Daily (Nanaimo), CH Channel 6, The Daily (Victoria) and gained valuable industry attention when she showcased at the Western Canadian Music Festival; performing among other artists such as Kim Barlow, Jessie Farrell and Brundlefly.

She has also shared the stage with Trish Klein of The Be Good Tanyas/Po' Girl, Anet Ducharme, Paula Toledo and performed in line-ups including Sarah Slean, Shari Ulrich and Holly McNarland. Her song, "Memorial" is on the compilation album Secrets of the Universe that includes artist Morry Stearns - featuring David Foster.

Carmen Hillary was brought into the world by two very musical parents. Her Great Grandfather was Gitz Rice (famed Broadway composer) known for his performance in the trenches during wartime. It was Christmas and as he and his fellow men started to sing Silent Night, German soldiers from across the way joined in, singing in their own language.

Carmen was told by her mother that she could sing before she could talk. How fitting that her name actually means "song”. Her first song was written at age 7 and she has continued to write ever since. Victoria based with a five piece band, her inspiring songwriting is self-explorative and introspective.

"People are welcome to interpret my music however they want. We live in a world of over stimulation. We are for the most part told how to live and what to feel. If I can inspire someone to live their life in the way that is right for them, no matter what that looks like, then I'll feel like I have contributed something positive to the world."

Having already received accolades and label interest from Nettwerk, Virgin and The Music Publisher.... Carmen feels that music is not just in her blood, but that is IS her blood. Her dream. 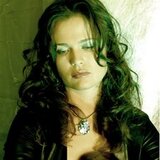