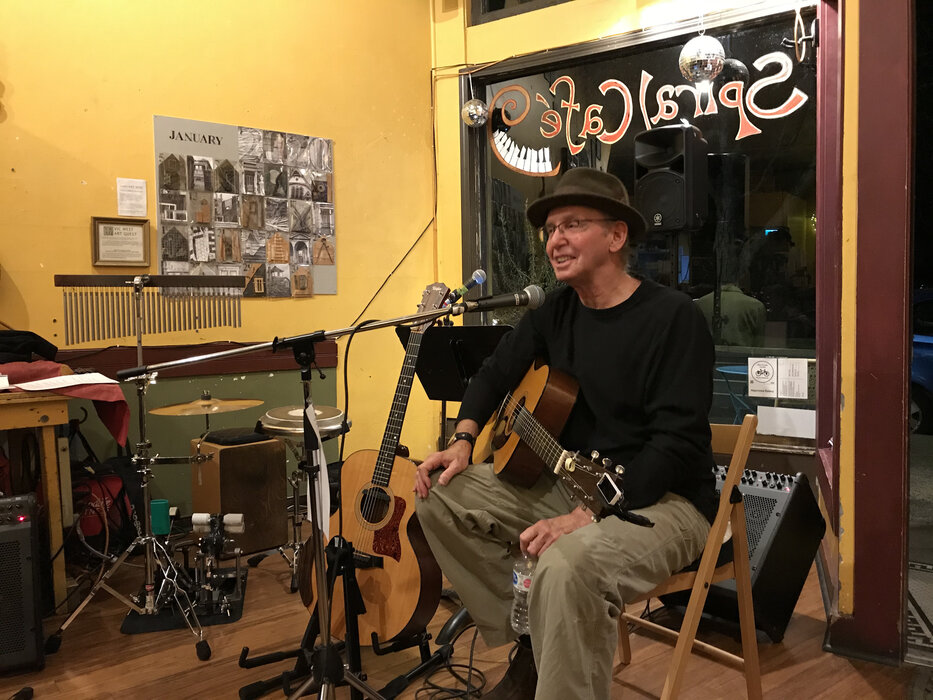 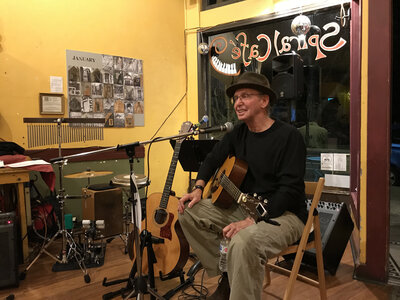 Instruments: Guitar, Vocals details
Born and raised in Winnipeg. At the age of 18, began performing as a solo act, and with folk rock bands. Lived in Revelstoke, then moved to Victoria in 1984. Played in the band Sunyata. Raised a family, then returned to the live and local scene in 2011 as a founding member of the band Ozmoses and the EVS Trio. In 2018, co-founded One Wheel with Mike Sampson, Diane Taylor and Brad Hawkes, and in 2019, co-founded Gravitation with Bill Hamilton.
Recently featured as a solo at the Sooke Folk Music Society, the Gabriola Folk Music Society, Mattick’s Farm, and various local coffee houses. Appeared regularly with Ozmoses, EVS Trio, One Wheel and Gravitation at other local venues including the Victoria Folk Music Society, the Oaks Restaurant, Spiral Cafe, Gorgeous Coffee, Pacific Horticultural Garden, and the Highlands Folk Music Society…  Large repertoire of folk, roots, blues. Acoustic guitars. Great sound system suitable for medium sized gigs. Enjoys performing solo, and with others. Draws on networks of musician friends for larger gigs. Zooming not an issue - featured recently by local folk music societies.
Active / Available
Get In Touch
Contact this Artist
Or submit info on this profile to admins

A Sunday summer’s afternoon of songs and stories in a beautiful outdoor sanctu...

Join singer-songwriter Robbie Hancock and friends for a night of origianals, cov...