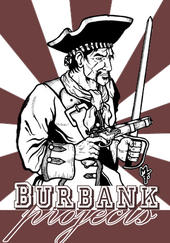 Status: Broken Up
starting in march, we will be playing shows - Last confirmed Mar. 9, 2020
Submit info on this band to our admins