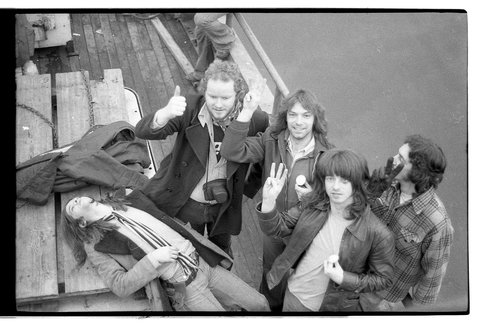 from Victoria BC
Broken Up - Confirmed: Feb. 22, 2016 (Archived)
In the photo L-R Ken Preston, Tom Anderson, Bill Burdick, Ian Harris and Roy Rhymer on their way to a gig in Ahousat, 1976.

Band played one gig with Brian Seal at Luxton Hall opening for the Derek Walsh Band and split up.

Reformed with this line up:

Submitted by Mike Griffiths
No audio samples have been linked to this profile.

Status: Broken Up
- Last confirmed Feb. 22, 2016
Submit info on this band to our admins