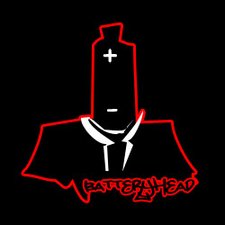 Aidan Logins
snowblind123@hotmail.com
642 4603
Contact Info
Past Shows (13)
Batteryhead call themselves a rock band. But if you see them on stage, you'll know they are more than that. They obviously draw from a wide spectrum of styles- from jazz, funk, and borderline prog rock. Basically, they're rock band that isn't scared into sticking to the rock-tracks of the pop-train.
No audio samples have been linked to this profile.

Status: Broken Up
- Last confirmed Mar. 22, 2010
Submit info on this band to our admins