Concert / Marching Band from Victoria BC
Continuing Under New Name - Confirmed: May. 17, 2019 (Archived)

Karen Fury
karenfury@hotmail.com
Contact Info
Originally formed by the Victoria City Police Athletic Association as the Victoria City Police Boys' Band. The sponsoring Police member was Police Sargeant Ken Horsman, and the manager was Officer Dibden. We rehearsed originally on the second floor of the Senior Citizens activity centre at the corner of Fisgard and Government (now demolished). The director of the day was Ken Nelson (he may have been the 1st director). I joined in Sept 1966 at the tender age of 13 and was for many years by far the youngest member. After several years the band went through the usual recruiting problems and it was decided (in the late 60's) to let GIRLS join the band (woo-hoo!) and thus became the Victoria City Police Youth Band.....then the supply of younger musicians dwindled and it evolved again as the Victoria City Police Concert Band. When the Police Athletic Association ended their relationship with the band it became today's Greater Victoria Community Concert Band. Karen Fury, [email protected], is looking for any/all historic info that folks might have - Bob Cadwallader [email protected]
No audio samples have been linked to this profile. 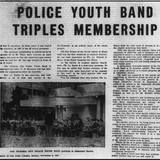 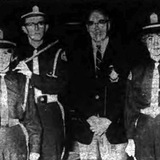 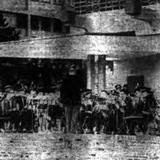 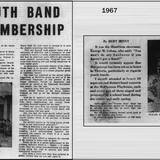 Status: Continuing Under New Name
Evolved now as the Greater Victoria Concert Band - Last confirmed May. 17, 2019
Submit info on this band to our admins