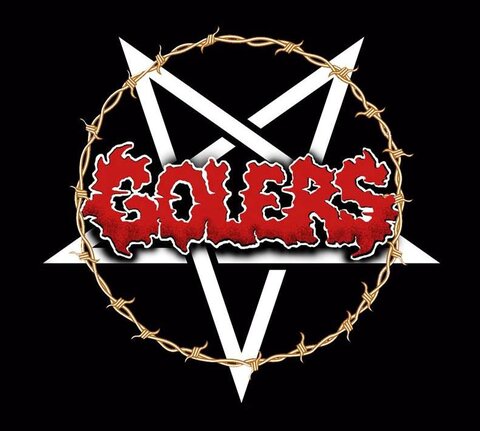 golers
walter.gerrard.mason@gmail.com
778-988-1666
Contact Info
Past Shows (112)
Event Photo Galleries (1)
Formed in 1998 after the dis-banding of Subversion (of which ALL three
members were also part of...

GOLERS has built up momentum over the course of 4 albums and many tours.
1999's "South Mountain Style" ushered in the classic Goler sound combining most, if not all
extreme metal styles with punk and thrash into one cohesive sound.
Next up was 2004's "2nd Generation", which showcased a slightly more polished sound and
with these two albums they began to gain a following in their hometown of Vancouver BC
and surrounding cities.
2009 saw the release of their 3rd album "Backwoods Messages" which has helped spread the Goler
word further.

''In 'n' Outlaws'' is the first new material from GOLERS since 2009's ''Backwoods Messages''.
The band hit the legendary MUSHROOM STUDIO's [R.I.P.] with Producer/Engineer/Manager ROB SHALLCROSS (GENE HOGLAN, STRAPPING YOUNG LAD, WEST OF HELL) in 2012-2013 to record the new release slated for release this summer.
Bringing their very own brand of hardcore crossover thrash with a punk edge, this Inbred Militia has shared the stage and toured Europe and North America with such acts as TOXIC HOLOCAUST, KREATOR, THE ACCUSED, NAPALM DEATH, SUICIDAL TENDENCIES, DAYGLO ABORTIONS and DESTRUCTION.
GOLERS have this to say about their new release:
"We are very proud of our newest album "In 'n' Outlaws", it’s a fine example of what we consider to be "THE GOLER sound". It's FAST, EVIL, PUNK-METAL !!!”
No audio samples have been linked to this profile.

Status: Available for Shows/Gigs
- Last confirmed Sep. 20, 2021
Submit info on this band to our admins