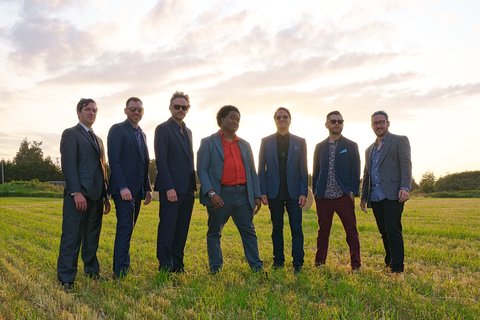 Listening to the abundant sounds of the Seattle-based funk & soul group, The
True Loves, is like walking down a favorite neighborhood street, slapping-five with
friends, checking up with clerks in their stores, admiring your own dark
sun-glassed face in their windows, ducking under flowerpots and smelling the
familiar smells of your most cherished locale. The band is its own block party.
What began in 2014 as a jam session between three of the city’s best - pocket-perfect drummer
David McGraw, intoxicating bassist Bryant Moore and otherworldly guitarist Jimmy James - has
since blossomed into a global force that now features percussionist Iván Galvez and four horn
players: trombonists Jason Cressey and Greg Kramer and saxophonists Gordon Brown and
Skerik. Together, the group’s live performances have garnered them much local acclaim and
millions of streams on YouTube.
In 2017, the True Loves recorded their debut instrumental LP, Famous Last Words, which
received citywide adoration and earned them spots at coveted festivals like Sasquatch, Doe Bay,
and Upstream. In 2018, the group released the “Dapper Derp/Kabuki” 45” on WeCoast Records
and in 2019 the famed Colemine Records released the “Famous Last Words/Mary Pop Poppins”
45.” And while the band nourishes audiences all over the country - from its start with former singer
Grace Love to their current eight-piece lineup - there’s still plenty to go around.
No audio samples have been linked to this profile.
No member roster has been entered (to link to musician profiles.) 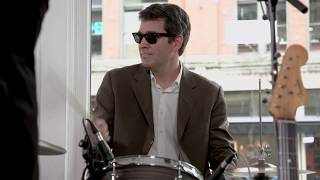