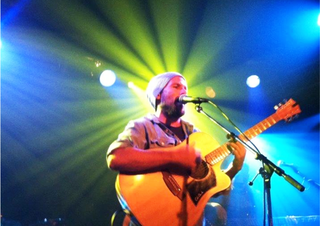 Mishka is a Bermudian musician and singer/songwriter. A traveler and sailor at heart; his lyrics and sound are deep reflections of the reggae roots soul and consciousness of the Caribbean culture in which he grew up but which are equally infused by his hypnotically bluesy folk acoustic compositions and vocalizations.

Mishka first emerged back in ‘99 on the independent music scene in London with his eponymously titled debut album put out by the influential Brit record label, Creation Records. Since then he has toured extensively throughout Europe, the Americas, Japan and Australia and has gone on to release 5 more full length studio albums, all of which have received worldwide critical acclaim. The most recent album, Roots Fidelity, was released in 2015 under Mishka’s own indie label Mishka Music and recorded and produced in Maui, Hawaii.
No audio samples have been linked to this profile.
No member roster has been entered (to link to musician profiles.)
Status: Available for Shows/Gigs
- Last confirmed Dec. 12, 2018
Submit info on this band to our admins