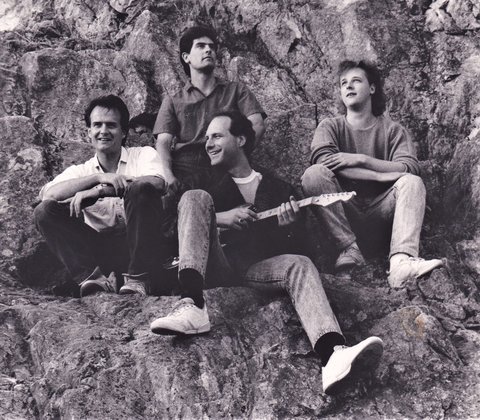 from Victoria BC
Broken Up - Confirmed: Apr. 19, 2020 (Archived)
Secret Agent went through various iterations, mostly name wise, in their earliest years.
Guitarist Tomo Vranjes and bassist Don Descoteau had been playing together in basement bands for several years. They connected in 1986-87 with guitarist Scott MacDougall, who Don knew through a mutual friend, and drummer Steve Hoel, Scott’s roommate.
Making new wave-inspired music (Scott) and honing pop and classic rock favourites at a mostly abandoned mansion on St. Charles St. (long since reno'd as part of a luxury townhome development), the foursome, initially called X-Fiance, got comfortable enough to shop themselves around.
They landed gigs at the old Fernwood Inn (the volume level and poor insulation in the place led management to avoid bands for a while) and Victoria's 125th Birthday celebration in Beacon Hill Park, and were a Halloween party staple at the old Shawnigan Beach Resort.
Having morphed into Secret Agent with the switching up of drummers from Steve to Andrew McMillan in 1988, the band also took to the battle of the bands circuit at the unlikely spot of Gull City Wok and Grill near Saanich city hall, and the Gorge Pub.
The foursome, injecting originals penned by Tomo, Scott and Don into a set of can't-miss covers, captured the crown at the Gorge, for which a couple hours' recording time at Legacy Studios was the prize.
They were thrilled to lay down a couple of original tracks there and went on to play regular gigs at The Gorge, Harpo's and occasionally at the old Westwind Pub in Langford, while playing dances at places like the Fleet Club, Junior Ranks Mess, Shawnigan Beach and others.
By 1991, life was calling in other directions for the bandmates and friends. Tomo got working on his education degree at UVic and Don embarked on a career as a sportswriter in Williams Lake. Scott continued his career as a producer at CHEK TV and Andrew climbed the ladder at Long & McQuade Music.
Overall it was a great chapter in their lives and all four continue to play music today in one form or another.
No audio samples have been linked to this profile. 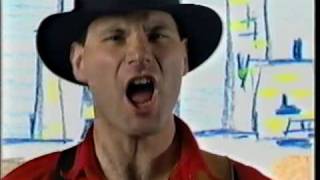