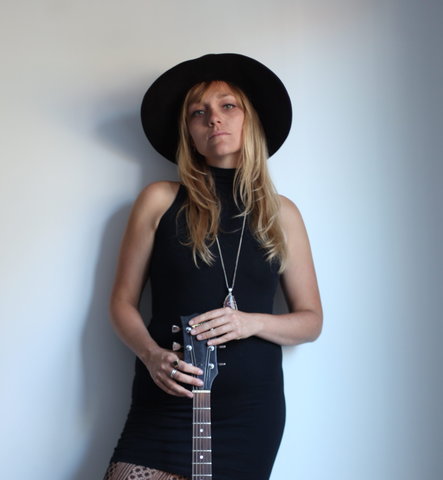 Anneda
singerchar@gmail.com
Contact Info
Past Shows (7)
Re-evaluating how you express yourself is an essential part of growth for a songwriter, a daily exercise that, in the case of Anneda (aka Charlene Birkbeck), has led to the beginning of a new creative journey. But while Anneda represents a departure of sorts for the Victoria, BC-based recording artist, performer and educator, her latest project – like those in the past – is firmly rooted in her willingness to constantly evolve creatively and her determination to create music that’s as unfailingly honest as it is personal. And the adoption of the name Anneda, she feels, has allowed her to do so with greater freedom than ever before.

In some cultures, Anneda says, keeping one name for your entire life is actually seen as strange: “Because people change so much, and that’s what this is about. It’s a transformation. I’ve read that everyone has a true name that follows them through their life,” she says. “I’ve meditated, daily, for years, and one day as I opened my eyes the name Anneda came to me. I knew how it was spelled. I looked it up and found it was the name of an ancient Pine tree that was used for healing purposes.” Given her longtime interest in aboriginal medicine and the wealth of healing plants found in the Vancouver Island area, and the fact that her middle name is Ann, it seemed a perfect fit.

Anneda’s music, she continues, is a work in progress – a destination – but also a foundation for upcoming projects. “It’s an amalgamation of where I’ve been and where I’m headed. When someone calls me Anneda there’s a different vibration to it and that reminds me of the power I have within myself.”

That realization and a variety of transformative experiences she’d had over the course of 2014 – taking a year off from performing and a serious bout with E Coli that threatened her life among them – led her in a new direction personally and musically. “When you almost die you end up thinking, I only have one shot at this and I want to take that shot without imposing limits on my creativity. I felt the need to dig deep, to learn more about myself, and that gave me a fresh perspective on how I approach music and how important it is for me to just enjoy being who I am in the moment.”

It’s a matter of letting go of what she was in order to progress artistically, Anneda continues. “It’s also leading towards another project I’m calling Anneda Loup; an extension of the foundation I’ll build as Anneda” – one that has found her experimenting with more heavily layered, Electronica inspired compositions. While her early influences, the blues and country music her parents introduced her to, still inform her songwriting, so do later influences including Jeff Buckley and music ranging from pop to Hip hop and alt. folk. “But spiritually and emotionally there’s been a huge change and so things will come out differently,” she explains.

That’s displayed in the stripped down feel of her debut release as Anneda, Live at the Temple Home: Wild At Heart, recorded on December 28th, 2014 with Anneda on guitar and vocals and Kevan Carleson on lead guitar; a set of emotionally raw, almost free form performances that hint at where this ongoing journey will take her.

Although the songs on the record date as far back as two years ago, as Anneda, she’s given them entirely different treatment than she would previously. Nowhere is that clearer than on the album’s opening track, ‘Solid Walls.’

When Anneda sings, ‘Every time I close my eyes I’ve been trying to get away from all I’ve been hiding,’ it’s very much a reflection of what she’s gone through in the past year, she says. “When I took that time off, every time I closed my eyes there was that feeling of running away from what I wanted. When you do things for yourself, people see that. You look healthy and happy. This is about becoming the person I’ve always wanted to be. That may sound selfish, but I’ve come to realize that, if you want to inspire other people, you have to take care of yourself and inspire yourself first.”

About Charlene Birkbeck: Since relocating from Ontario to Vancouver Island to begin her career as a professional musician, Birkbeck has never shied away from taking risks and continuously pushing her musical boundaries in an effort to express herself with complete honesty.

Following the release of her debut album, Blame It On The Moon (2007), Birkbeck toured Canada fleshing out her live sound by looping vocals, guitar and keyboards in real time to add texture to her acoustic show. Intent on broadening her horizons as a performer and writer, and eager to experiment with a more aggressive sound, Birkbeck formed the alt. rock power trio Wolfheart in 2011, and released their debut record, Subtle Bodies, in 2012.

Over time she’s toured Canada extensively, performing at iconic venues ranging from The Legendary Horseshoe Tavern and The Opera House in Toronto and at conferences including Canadian Music Week, JUNOFest and Victoria’s own Rifflandia Festival. More recently, she’s leant her talents as a composer to the soundtrack for director Richard Nicole’s debut feature film, ‘In The Corner.’
No audio samples have been linked to this profile.