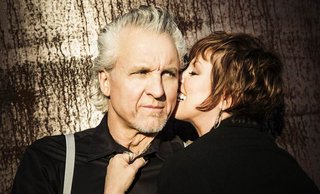 matt laundrie
hightideconcerts@shaw.ca
Contact Info
Past Shows (4)
Pat Benatar: she’s always been a rule-breaker and a trail-blazer, she remains a bold and distinctive artist both on stage and on record, and now, after more than three decades in rock ‘n’ roll, she’s a bonafide living legend. Songs like “Love is a Battlefield”, “Hit Me with Your Best Shot”, “Heartbreaker”, “Promises In The Dark” and “We Belong” are as unforgettable now as they were at the dawn of MTV, when Pat emerged, fearless, fighting and forging a path for other female rock stars around the world.

Born Patricia Andrzejewski in Brooklyn, New York and raised in Lindenhurst, Long Island, Pat started singing in elementary school and never stopped, working on her craft throughout her teens. At just 19 years old, Pat married her high school sweetheart, took his last name, Benatar, and started moonlighting in the clubs by night, while working as a bank clerk by day.

In 1975, Pat took to performing cabaret on Long Island, before being cast in Harry Chapin’s off-Broadway, sci-fi musical, The Zinger. It was after that, that Pat started hitting Manhattan’s cabaret circuit and open-mic nights, and began incorporating the rock and pop she so loved into her repertoire of standards and show tunes.
It was at an open-mic at the legendary Catch a Rising Star club showcase on Halloween, 1977, that Pat’s life changed forever. Earlier in the evening, she’d dressed up as a streetwise vampire to party at a Greenwich Village café. When she kept the costume on to do her regular set at Catch a Rising Star, the audience gave her a standing ovation for the very first time. Suddenly, her powerful voice (later to reach a 41/2 octave range) had an image to match. And a deal with Chrysalis Records followed shortly afterwards.

Benatar’s life was to change dramatically once again in 1979, when she was introduced to a fiery and inspiring guitarist and multi-instrumentalist, named Neil Giraldo, who shared the singer’s passions and used his skills as an innovative arranger and producer to help design, from its inception, the now renowned Benatar-sound.
Giraldo and Benatar’s vision merged explosively on her 1979 debut album, In The Heat Of The Night, which, thanks to the feisty sass of Top 40 hits like “Heartbreaker” and the Giraldo-penned “We Live For Love”, ultimately went platinum.

1980’s Crimes Of Passion album was a Grammy Award-winning, number 2 smash, reaching quadruple platinum and giving Pat her first Top 10 hit - the gold-certified “Hit Me With Your Best Shot”. It also spawned “You Better Run”, the second ever video to air on MTV.

And that was just the beginning. Benatar’s next album, 1981’s Precious Time went double platinum and outdid its predecessor by hitting #1. Lead single, “Fire and Ice”, brought Benatar her second Grammy.
Other platinum albums followed. 1982’s Get Nervous went Top Five and featured the Grammy-winning “Shadows Of The Night”, the same year that Benatar and Giraldo got married. 1983’s Live From Earth boasted the gold, also Grammy-winning, Top Five hit, “Love Is A Battlefield”; and 1984’s Tropico shined its spotlight on the Top Five as well, charting the Grammy-nominated “We Belong”.

Following 1984’s gold Seven The Hard Way, whose Top 10 Grammy-nominated “Invincible” became theme song for the film The Legend of Billie Jean, Benatar took some well-deserved time out to become a mother. In 1985, she and Giraldo became the proud parents of a baby girl, Haley.

Between 1988 and 1989, Benatar released Wide Awake in Dreamland that spun off the Top 20 hit “All Fired Up.” The song earned her yet another Grammy nomination for “Let’s Stay Together.” In 1991 came the blues/swing-inspired True Love album, followed in 1993 by the critically-acclaimed Gravity’s Rainbow. In 1994, she and Giraldo would become proud parents once again with the birth of their 2nd daughter, Hana.

In 1997, Pat released Innamorata on the CMC International label. That same year, she performed at Lilith Fair, where she was rightfully celebrated as a pioneer for women in rock. Then in 1998, further celebrating Benatar’s live prowess, 8-18-80, a live recording of a concert at the Old Waldorf in San Francisco, was finally released.

In 1999, Benatar and Giraldo opened their private vaults and compiled an extensive three-CD collection, Synchronistic Wanderings: Recorded Anthology 1979-1999. This impressive set includes songs from soundtracks (including Speed), contributions to tribute projects and benefits, previously unreleased live recordings, outtakes and demos, B- sides, and rarities never before available on CD.

As if that wasn’t enough, in the summer of 2002, Benatar and Giraldo released a thrilling live CD and DVD. The CD, Summer Vacation Soundtrack Live, and the DVD, Summer Vacation Live, featured a 90-minute concert filmed at the Grove Theatre in Anaheim , California. In addition, they debuted four new songs (“I Won’t,” “Girl,” “Out Of The Ruins,” and “Please Don’t Leave Me”) as well as previously unrecorded acoustic versions of “We Belong” and “Love Is A Battlefield.” Summer Vacation Live DVD also included behind the scenes footage and exclusive interviews.

In August 2003, Benatar released Go, her first album of new songs in seven years. Benatar described the record as a “contemporary guitar-driven record” and “the natural progression of where we should be”.

After being inducted into the Long Island Hall of Fame in 2008, Benatar released her long-awaited autobiography in 2010, the appropriately-titled Between a Heart and a Rock Place – which allowed the world a fascinating glimpse into the life and times of one of the most beloved female rock ‘n’ roll icons of all time.

Pat Benatar is acknowledged as the leading female rock vocalist of the ‘80s – a feat marked by her unprecedented winning of four consecutive Grammy Awards between 1980 and 1983, as well as three American Music Awards – but Benatar and Giraldo remain a rock ‘n’ roll powerhouse today, selling out concerts and still wowing audiences after over three decades in music together. Theirs is a chemistry that will, undoubtedly, be thrilling music-lovers forever.

NEIL GIRALDO
Neil "Spyder“ James Giraldo, has been a professional musician, producer, arranger and songwriter for over four decades now, changing the face of the pop charts throughout the 1980s with his collaborator, muse and wife, Pat Benatar. More than just an explosive steel-bending guitar player, Giraldo’s innovative vision helped him create the signature Benatar sound, from its inception.

His impressive back catalog includes more than 100 songs written, produced, arranged and recorded for Benatar, as well as many hits he helped create for John Waite, Rick Springfield (Number One, Grammy-winning classic “Jessie’s Girl” and Top Ten hit “I’ve Done Everything For You” included), Kenny Loggins (Top Twenty hit “Don’t Fight It” – also Grammy-nominated), Steve Forbert, The Del Lords, Beth Hart and countless others.
Giraldo began his career in 1978, as a key member of the Rick Derringer band, after beating out 200 other guitarists for the position. It wasn't long before Rick discovered Neil’s piano-playing prowess and quickly put those skills to work in the studio as well, while recording Guitars and Women.

In the spring of 1979, producer and writer, Mike Chapman, introduced Giraldo to an up and coming singer who had recently signed to Chrysalis Records. While impressed with the young vocalist, Chapman felt she needed a musical director/partner who could establish a more aggressive sound. The vocalist was, of course, Pat Benatar and, in Giraldo she found someone as strong as her, someone who could match the same fire-power, someone who could inspire, while being inspired by her.
Shortly afterwards, the world was introduced to Giraldo and Benatar’s enduring partnership and rock ‘n’ roll love affair via her platinum 1979 debut album, In The Heat Of The Night, which included the classic “Heartbreaker”, as well as the Giraldo-penned hit, “We Live For Love”.
The following year, Benatar and Giraldo cemented their place in music history forever, by being the first female and first guitarist, respectively, to ever appear on MTV, with the video for “You Better Run”, taken from 1980’s Crimes of Passion – an album that also included the Grammy-winning, gold-certified single, “Hit Me With Your Best Shot”.

1981’s Precious Time outdid its predecessor and with Giraldo now officially at the helm as producer, it delivered a second Grammy for Benatar. The Giraldo/Benatar partnership continued to be an increasingly unstoppable force with Get Nervous, which featured yet another Grammy-winner, Shadows of the Night.

After their wedding in 1982, the pair released their biggest hit yet with the Grammy-winning “Love Is a Battlefield”, taken from the Live From Earth album, which featured Giraldo’s most innovative production to date, creating a thundering, rock ‘n’ roll soundscape out of what had started as a somber, acoustic demo.
They closed off the decade with 1989’s True Love – an ahead of its time, ultra-stylized recording for the contemporary market, inspired by the sound of the Count Basie Band - one of Giraldo's piano-playing idols - and by the Big Joe Turner/Roomful of Blues record, 1984’s Blues Train.

Thus, Giraldo and Benatar took over radios, TVs, jukeboxes, turntables and car stereos around the world, throughout the 1980s and beyond, exciting fans and selling millions of copies of their twelve original albums, as well as two live records and an anthology.

Neil Giraldo was born in 1955 in Cleveland, Ohio. Eternally immersed in the Sicilian culture of their ancestry, parents Anthony and Angela bought Neil his first guitar at the age of six, in the hope that he and big sister Priscilla might serenade the family with songs from the old country. Neil's Uncle Tim, who was only four years older, had different ideas, however, and introduced Neil to bands like The Yardbirds, The Kinks, The Rolling Stones and all the other great guitar-driven rock ‘n’ roll bands of the 1960s. It was a move that was to change Neil’s path forever.

Finding new and innovative ways to shadow path his way into songs, Giraldo formed a habit early on of, not just playing along with his favorite artists, but writing different parts for himself within those tracks. At the same time, the budding guitar wizard also became proficient on piano by playing along to Chuck Berry and Jerry Lee Lewis records, and played drums to Simon & Garfunkel albums to explore how different rhythms could change the complexion of the songs. These were habits and practices that would go on to give Benatar’s biggest hits – like “Love is a Battlefield” and “We Belong” – their truly unique identity.

Today, Giraldo’s career is as dynamic as ever, as he is in the process of completing two books – one an auto-biographical novel, one a coffee table book - as well performing in a new band project with Scott Kempner from the Del Lords/Dictators and Ron Young from Little Caesar. He is also further expanding his Bel Chiasso entertainment company, which develops a variety of television and film projects. In addition, he has also opened up his large vault of unreleased, unfinished songs and will be completing and releasing various new tracks with Benatar, as well as with other artists, in the coming months.

As their thirty-three-year anniversary approaches, Benatar and Giraldo still hit the road every summer, thrilling audiences just as they always have. Whether, it’s in support of the vocal, or a guitar solo, or jumping from piano to guitar and back again, Giraldo’s gift is knowing how to always up the power in a song, increase the excitement and keep himself and Benatar as creative as they’ve ever been. 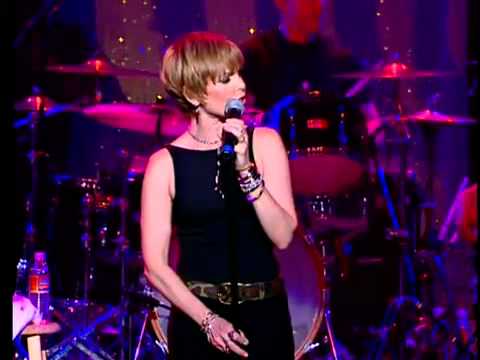 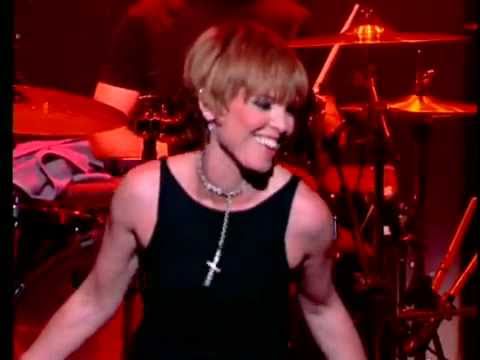 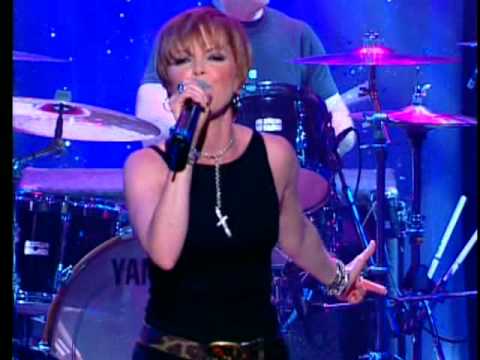 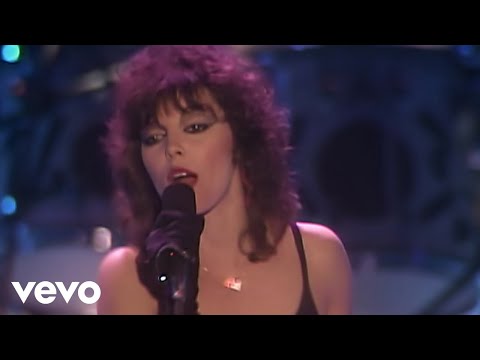 Pat Benatar - Hit Me With Your Best Shot (Live) 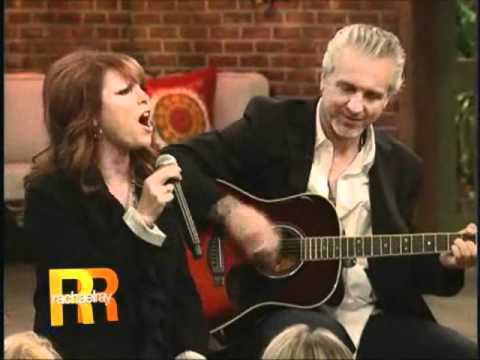 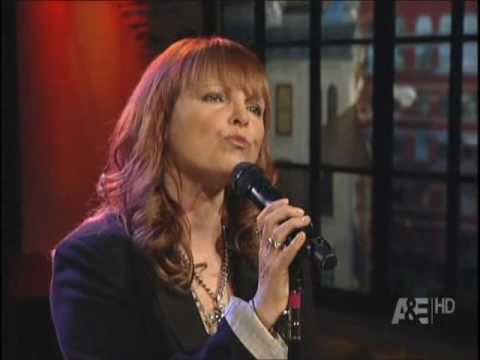 In this video: Pat Benatar and Neil Giraldo
Posted: Apr. 10, 2014
Status: Available for Shows/Gigs
- Last confirmed Apr. 9, 2014
Submit info on this band to our admins