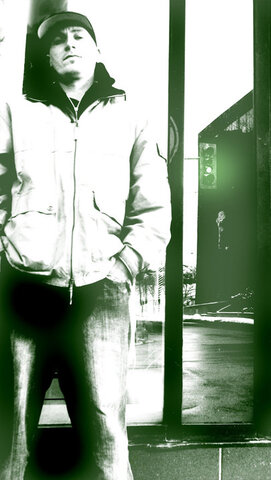 Combine these five into a single creative mind, and you have an artist that, well… does a lot of stuff. Now add a can of “ Do it real real good “ and you’re getting close. Add to this, husband, father, and entrepreneur and you have an idea of what makes up the artist known as Relic. You have to admit,the whole thing sort of makes the term “Triple Threat” feel like it showed up in jean shorts for a black tie affair.

These are a few of the household names that Rel has shared the stage with. No surprise. You see, Rel is not your fly by night rapper, but rather holds the mic with the presence of an old school veteran emcee,
shaping words into hard hitting projectiles that just hurt so good. As if that wasn’t enough, he incorporates a brand of singing that is soulful and genuine. Savage listeners are tamed, of whom, not a few wish they hadn’t
brought their girlfriend along. That being said, Rel‘s 2010 Toronto Independent Music award nomination for best live performance in the hip hop category was well deserved. Since then Rel has been on 6 tours spanning across Canada and the U.S., and played numerous shows in his native southern Ontario. This helped Rel and producer Fresh Kils land an album grant from the Ontario Arts Council in late 2012. You can also find Relic’s name in the producer/engineer/featured artist credits on all **4 albums of Juno award winning artist Shad. Rel has also produced and featured on tracks with Toronto hip hop legends Thrust, and Wio-K, and engineered songs for 2 time Juno award winning group Ghetto Concept, and recently Toronto's highly acclaimed group, Freedom Writers. Rel has been featured on websites like Tropical Bass, Diplo’s Mad Decent, and a slough of other taste maker blogs that recognize raw talent when they see it.

His honest and soulful approach to music can be clearly heard on Rel's latest self produced record,GOLDEN. From one release to the next, Rel McCoy continues to embody the bold and vulnerable spirit of hip
hop culture.

**Rel mixed the 70% of the songs on Shad's 2007 Juno nominated album entitled 'The Old Prince', offering up a feature verse, and production on the project. He also re-appeared as producer/engineer and feature emcee on Shad's 2010 album TSOL, which earned him the credit of Juno award winning producer.Recently Rel produced “Long Jawn”, the last song on Shad's latest release “ Flying colours”.
No audio samples have been linked to this profile.
No member roster has been entered (to link to musician profiles.)
Status: Unknown
- Last confirmed Oct. 26, 2013
Submit info on this band to our admins