And the Cynics might have disappeared forever inside that too-often dreary throng if it hadn’t been for the nuances rattling around inside numbers like “Bang” and “Surprise Ending” - an almost covert pop sensibility behind the arrangements and atypical chord changes that lifted Killing the Romance out of its stubbornly earthbound genre.

With its 2009 full-length Starting Today, Armchair Cynics is finally revealing how deep those nuances run, allowing that pop sensibility to bloom fully, and lifting the veil – at last – on a big, boisterous, expressive personality.

Or, as guitarist-vocalist Kenn Coutu shrugs, “We didn’t feel like we got what we wanted with Killing the Romance. We were a little too hard rock on it, and it’s just not who we are.”

“What we’ve done this time is closer to what we think of ourselves as a band,” bassist Aran Puritch adds.


Perhaps the purest dose of the Cynics’ fresh sense of self-awareness is in the title track.

“Starting Today” is a shot of radiant sunshine pop, a soaring feast of hooks big and small, and an anthemic throwdown for any and all optimists. Coutu says he likes its “airiness”. And when Puritch pleads that his band “likes danciness and a bit of fun” - in contrast one assumes to the agenda offered on the more minatory Killing the Romance - it’s almost as if “Starting Today” should start playing somewhere in the background.

Or “Kelly” for that matter - a delirious, hit-seeking bubblegum missile that lands somewhere between the Killers, Fountains of Wayne, and Rick Springfield’s “Jessie’s Girl” given a post-ironic vitamin shot. It could have fallen off a John Hughes soundtrack. Coutu describes it as “this almost euro-pop thing,” while Puritch notes, “There was a fair amount of mucking around with the synthesizer during jams, so you throw that in and wow! That’s ‘80s radio rock.”

“Ablaze” opens the album on a bedrock of synth, keening guitar, drummer Ryan Rae’s ever-beefy rhythms, and maximum melody. “Remain” follows with Coutu oscillating between sugary and full-throated vocals, before an enormous, cascading chorus of wailing background voices sweeps into view. It’s like Coldplay with all the self-importance (mercifully) removed.

“I love British music,” Coutu says. “I always have. I just think they have a great sense of melody. Like Oasis, or Kasabian - they have that rock vibe, but it’s not cheesy. That was my angle.”

All over Starting Today, the Cynics gleefully indulge any and every opportunity to colour outside the lines. “All the Way” initially recalls the band in 2005, and then swerves into Panic! At the Disco territory.

Arena-sized rock is tackled in “If You Can’t Sleep”, “The World Is Mine”, and “Something To Believe In”, but in all cases saturated in melody and voices.

On “You Never Really Gave It a Chance”, horns and choppy guitars ala Franz Ferdinand and a whipsmart ska-punk beat from Rae are used to animate Coutu’s tragicomic tale of a Walmart employee gone postal. The vocalist is quick to credit the nerd-fi relationship between guitarist-keyboardist Adam Sutherland and producer Dave Genn for some of the more outré effects that embellish Starting Today, and this track in particular.

“He’s got a funny brain that boy,” says Coutu of Sutherland. “He comes in with weird things. He and Dave had some fun with the octave guitars and the crazy solo, which sounds like a creepy circus to me. It’s really just Adam and Dave being crazy.”

Naturally, Genn’s presence is felt throughout Starting Today - the highly regarded producer is generally inclined to “leave his mark”, as Puritch puts it.

“Dave is just stupid good at music,” he says. “You just don’t feel worthy. His own abilities are so great that I can only imagine it’s like working with a bunch of little kids for him. On the other hand, he gets that the band is gonna come in with its own bent way of doing things, and it’s own passions, and a lot of what we brought in was unorthodox, but it worked.”

Genn put the band through boot camp once he got his hands on them. “Dave’s tough,” continues the bassist. “I liked it, but he wants to makes sure that you’re doing it as good as you possibly can. ‘Tough beans, you’re gonna have to sit down and forget what you used to play’.”

That the Cynics emerged from the immersive Genn experience as a better, truer, and happier outfit justifies the faith shown by its label 604, and the faith the band had in itself.

“We said let’s make the music that we want to,” Puritch states, before concluding - with a laugh - that artistic integrity “does exist!”

Which leaves Coutu to come up with the snappy tagline. “The album is just a whole bunch of different emotions,” he says. “Like ten days of the week.”
No audio samples have been linked to this profile. 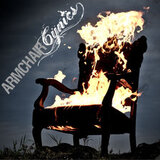 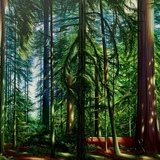 Status: Unknown
- Last confirmed Oct. 10, 2009
Submit info on this band to our admins