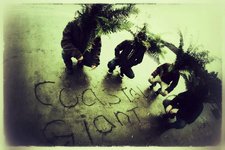 Not unlike their name's origin which stems from the Coastal Giant Salamander (one of the few salamanders capable of vocalization), the band can be found most often in their natural habitat. In temperate forests, rivers, freshwater lakes and marshes you can hear the songs of this West Coast Country Funk Rock Band.

Long time friends Squirrel (Bradley Smith) and guitarist Ozer (Orion Marcano) began their musical journey in the gulf islands, capturing the ears of their audiences first at outdoor parties and local open mic nights. Writing original music with subject matter ranging from the beauty and fragility of our forests to just plain feel good grooves, the two were inspired by their pure driving love for music and the energy of a dancing crowd to expand their pack and form a band.

Working together at a spice warehouse outside of Sidney, BC, they met seasoned alt/reggae drummer Yoshi and CC, a young and skilled former heavy metal bass player. Yoshi's percussive finesse is as enjoyable to watch as it is to hear and CC easily transitioned into the flavour of the bands funky genre. Coastal Giant was born.

Together the band became instantly prolific expanding their repertoire with vigour and vibe. With sounds in the field of The John Butler Trio, Squirrel's vocals stylings hint a marriage of Dave Matthews and Eddie Vedder. Combined with Ozer's bright guitar and banjo skills and the band's eclectic positive energy, Coastal Giant never fails to get the crowd bouncing to the beat of their own drum.
In a time where digital music and over production tries to bully the real musician, Coastal Giant taps you on the shoulder and reminds you that a good live groove will always stand as tall as the old growth forests where they first began.

View all tracks for this artist (2)
No member roster has been entered (to link to musician profiles.)
Status: Unknown
- Last confirmed Aug. 7, 2019
Submit info on this band to our admins