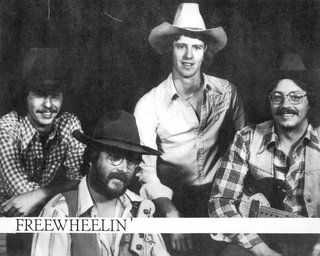 Nathan Tinkham
nathan@island.net
Contact Info
Members included Nathan Tinkham, Jake Galbraith, Terry Anderson and Rob Hollis. We played straight up country with an original or two from Rob. We formed the band during the thriving bar scene in the 70s with the intent to tour. Our only tour as a four piece was two weeks at the Leland Hotel in Kamloops....a biker/hooker bar that burned down a year or two later.
No audio samples have been linked to this profile. 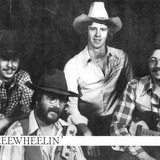 Status: Broken Up
Rob left the band in 1979 we continued on as a trio. We went on to tour with Diamond Joe White in 1980 and shortly after that Terry and Nathan moved to Alberta. Jake went back to university and continued to play locally. - Last confirmed Dec. 31, 2014
Submit info on this band to our admins