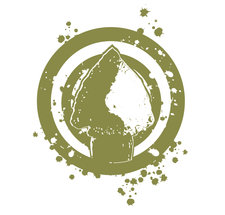 Liam Moes
liammoes@gmail.com
Contact Info
Past Shows (29)
“The Archers, or if Mumford and Sons had sons: With influences drawn from the softer side of the rock spectrum, The Archers merry brand of music brings together warm harmonies, direct lyrics and pointed guitars. If the groups' aim with "The Sun Will Rise" was to create winning whimsical folk-pop, then The Archers have hit their target.” - Steve Venegas CBC Radio 3 - Jun 11, 2012

The Archers, who were recently nominated for a “Young Performer of the Year Award” by the 2012 Canadian Folk Music Awards, have previously been crowned Youthink’s “BC's Best Teen Band” in April 2011 and Victoria’s “Garage Band Live” winners in May 2011. They produced their own EP, "Much More Than Merry Men", in August 2011, and discovered it had national appeal on CBC Radio 1. The album has since been added into rotation on CBC Radio3 and the band was Victoria’s Zone 91.3FM’s Band of the Month in June 2012. They have played Main stage at Victoria’s Canada Day, Side Stage at Rifflandia Festival, Fringe Festival, Kulth Festival, TedX Youth Conference, and opened for Hey Ocean, Jon and Roy (Vancouver CD release with Ryan Guldemond), Steven Page, John Mann, Frazey Ford Grand Analog, Wake Owl, Kim Churchill and Rococode. They are just back from their second tour of BC/AB, planning their next tour out to Montreal in May/June 2013 and can hardly wait to get into the studio in March to record their debut full length album.
.
The band was formed in early 2010 by Sandy Hughes and Ethan Caleb. After a few months the two songwriters set out to find a drummer and a bass player. Before too long they found a very reliable rhythm section comprised of Liam Moes on drums and Liam McLaren on bass. In September of 2010, Liam McLaren was moved from his role as bass player to playing piano, guitar, and mandolin, and Robert McMullen joined the band playing bass and trumpet.

The five friends creating this unique Folk/Rock sound, out of Victoria, BC, pride themselves in their ability to be multi-talented musicians, songwriters and performers. The Archers share the roles of guitar, piano, bass, drums, mandolin, banjo and multiple other percussion instruments creating, through this trade off of instruments, an impressive and versatile sound full of compelling harmonies and fantastic energy.
No audio samples have been linked to this profile.

Status: Unknown
- Last confirmed Feb. 20, 2013
Submit info on this band to our admins