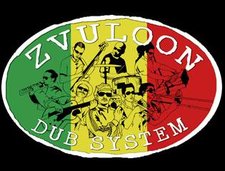 dubsys@gmail.com
Contact Info
Past Shows (4)
Zvuloon Dub System brings up-to-date original Reggae that has deep roots in the golden age of Jamaican Reggae (70's and early 80's). Similar to other contemporary Roots bands, ZDS's music is deeply influenced by Funk, Jazz, Rock alongside Jewish and Israeli influences. The sound is flavored by effects and heavy bass that create the deep experience of the Jamaican Dub tradition. Since first going on the stage in the summer of 2006, the band enjoys great success among Reggae enthusiasts all around Israel. Besides our vocalist, the band includes 6 members who play: Bass, 2 guitars, drums, keyboard..melodica, saxophone and trumpet. On stage, the band uses an effect system that was built especially to create dub versions with specials effects and mixes. The band has also backed international reggae stars like Apple Gabriel (Israel vibration) and Brother Culture (uk). These days, the band is working on its first album that will include original material and cooperation with well-known Reggae artists, among them, the great Ranking Joe.

View all tracks for this artist (2)
No member roster has been entered (to link to musician profiles.)
Status: Unknown
- Last confirmed Mar. 29, 2011
Submit info on this band to our admins