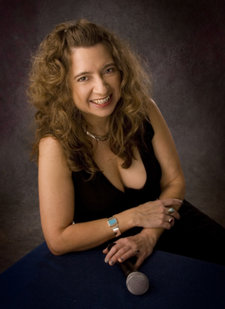 Anna Acevedo Lyman
alyman@telus.net
1250-754-4982
Contact Info
Past Shows (2)
"She has a voice like Melted Chocolate" The Harbour City Star...
Anna (Acevedo) Lyman is a Latin-Jazz artist who is fusing Latin Jazz with Salsa and the Motown Soul she grew to love during childhood. Anna writes her lyrics in both Spanish and English in the same song. She was born in Detroit to a Latinamerican Father and a Scotch/Irish-American Mother. In her childhood, her Parents listened to Sergio Mendes, Henry Mancini, Stevie Wonder and Ray Charles. Anna was listening! In her late teens she emigrated to Canada, completed High School and a 4-year Bachelor of Music in Jazz on Canada's West Coast and Gulf Islands. She has family and other contacts in Mexico, Puerto Rico, and Brazil. She describes her style as "Bluenote Latin Jazz". 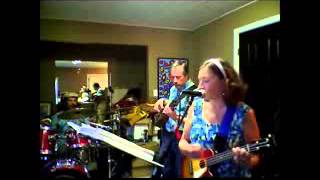 Sittn on the Dock of the Bay