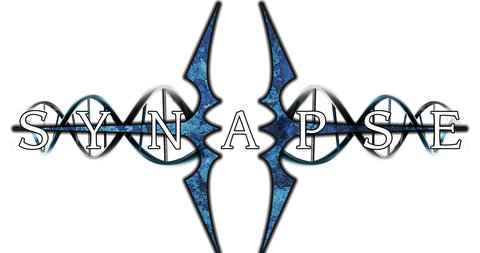 booking@soundofsynapse.com
Contact Info
Past Shows (80)
Emerging from the sleepy oceanfront city of Victoria on the West Coast of British Columbia, SYN{A}PSE is a band hell bent on sharing their music with the world. Using a variety of musical backgrounds to their advantage, the band aims to blaze a new path in the alternative/progressive/rock scene. Stylistically, they are comparable to bands such as Thrice, Coheed and Cambria, Tool and Alexisonfire. With the help of creative chord voicings, dramatic use of dynamics, and soaring melody lines each song reaches out to the listener and brings them along for the ride.

The band was formed in the fall of 2008 with Jacob Redlin on drums, Justin D. Lee on and Noah Edwards on guitar and lead vocals. James Gibson later joined on Bass to complete the quartet, and the group has been writing their unique brand of music since. In March of 2010 SYN{A}PSE released its debut album “Auditory Complex,” which was recorded and mixed at Full Circle Studios in Langford, B.C. In September 2010, SYN{A}PSE was chosen as 91.3 The Zone (Victoria, B.C.) Band of the Month. Some noteworthy gigs include the 2011 UVIC Grad Party, and the 2011 Capital City Tattoo Convention. In April of 2011, SYN{A}PSE once again went into studio, this time at Vogville Studios in Vancouver B.C. with Producer Matthew Roach and Engineer Joel Livesey. They recorded a 5 song self titled EP, which was released summer 2011. In late 2011 James Gibson left the band and was replaced with Jordan Ambrosi on bass in 2012.

The band has performed at numerous venues around the province of BC, and has shared the stage with notable acts such as Ninjaspy, Fall In Archaea, Black Hat Villain, On Call Heroes, Dead Eyes Open, and The Kick Off amongst others. SYN{A}PSE boasts an extremely energetic live show, and successfully conveys the passion and belief in their music to their on stage act. With a successful tour of Western Canadian in September 2011, SYN{A}PSE hopes to build on their hard work and eventually take over the world, Pinkie and the Brain style.
No audio samples have been linked to this profile.

Status: Broken Up
- Last confirmed Feb. 10, 2019
Submit info on this band to our admins