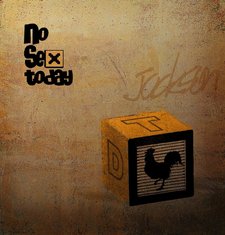 DT Jackson is an alternative rock band with a light dose of punk mentality teamed with thought provoking lyrics and a high energy stage show. They released their debut album No Sex Today April 19th 2012. While still being generally unknown to the Victoria scene, this band has played about thirty shows over the span of two years. With 2.5 hours of material, they can fit in with almost every
genre for each song presents itself as a different beast attacking the cerebral of the listener.