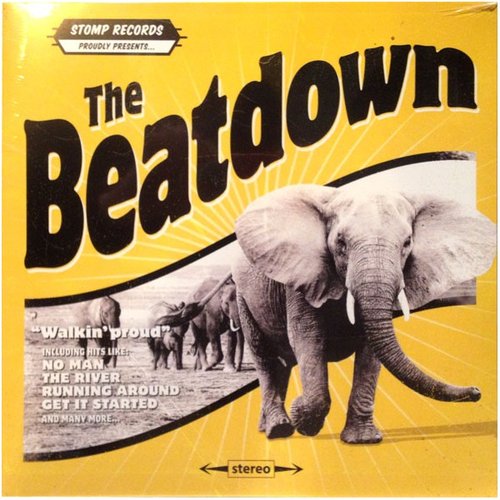 2012 was a great year for ska and reggae music. We've produced a list of what we feel are the top 10 albums that were the best of the genre in 2012.

Okay, this first one might be contested. It is simply an LP made up of Less Than Jake’s two previous EPs, “Greetings from Less Than Jake,” and “Seasons Greetings from Less Than Jake.” The band’s output is, if anything, massive. The amount of releases that the group has is enormous, and are all of varying quality. This album has an awesome yin-yang thing going on, which makes sense when comparing the contrasting EPs. It meshes their classic ska-punk style with their newer pop-punk sound in a way that sounds fresh and relevant. This release proves that this group is celebrating their 20th year with a bang!

With the group currently touring North America, this album is a perfect memento or teaser for those lucky enough to catch any of their gigs. The album is a compilation of live recordings from the group’s 2011 UK tour, and what a track list they’ve assembled for this album! Over 26 tracks of live, Specials goodness with audience noise and participation adding to the overall experience. For those looking to rekindle memories of the original two-tone movement or discovering it for the first time, you can’t go wrong with this album.

This might be my personal favourite release of 2012. The garage-rock production really fits the band’s motif and they’ve produced some of the catchiest songs ever. The mix of reggae and skinhead sounds 1960s rock’n’roll is amazing!  Alex and co. have really perfected their craft on this record. This is certainly a record for music-heads worldwide.

Reel Big Fish are back in a big way! Candy Coated Fury saw the group make a triumphant return to form and is perhaps one of their best albums to date. Their classic ska-pop-punk style is in full swing and the lyrics and subject matter are just as bitter and jaded than ever. This is the album that longtime fans have been waiting for and the perfect jumping on point for those new to the group or who haven’t listened to them in over a decade. It’s fun, angry, and ska-tastic!

The title says it all: this album rockets Jimmy Cliff back on top of the ska genre with a selection of songs that could have been released back during his prime. This short album was produced by Tim Armstrong and features some of today’s best musicians backing up the legendary performer. The album oozes coolness with some amazing ska, reggae, and rocksteady tracks. The stellar production and soul poured into this album really shine through and make this one of 2012’s best albums.

The Slackers - The Radio

Perhaps more than other genres, 3rd-wave ska bands generally do poor service to covers. Generally they are doing them in some sort of 'ironic' fashion or produce a very poor rendition of the original. Here, we've got some classic rock and pop songs stripped to their core, their essence, and built back up with a little help from some 'Jamaican rock’n’roll'. The Slackers have produced a great album with some classic versions to hear. They NYC-ska style is in full effect and each track pays proper homage to the original while adding The Slacker’s unique sound.

Voodoo Glow Skulls can be quite a divisive band in the ska community. Some love their blazen hardcore-punk style while others find it more of a hinderance. While their take on ska isn’t what I find myself listening to most of the time, they are certainly the best group I’ve ever heard at putting together these elements into a cohesive package. Some have noted this album’s mixing and production as a negative, but I see it more of the band showcasing their routes. While they’ve had release on some of the larger indie labels out there, this album was put out through a smaller company and really show the band putting the music and their ethos first.

The JB Conspiracy - The Calm

The JB Conspiracy is a fairly new group, but is quickly making a name for itself in the ska world. At first listen they seem to take the best frantic elements from various Tomas Kalnoky projects (mostly Catch 22 and Streetlight Manifesto) and ground them with other 3rd-wave acts. Their music is energetic and honest. This short EP bursts out of your speakers with each track becoming instantly memorable. If you’re looking for new acts offering up some fresh ska, check out this EP.

Strange title aside, this album rocks! Much like The Specials, Madness have found themselves back in the game in a big way. While some older groups try to stay relevant by changing their sound or following trends, Madness have released one of 2012’s best albums by sounding exactly as awesome as they did in the late 70s and early 80s. A few reggae tracks pop up here and there, but for the most part this album is pure two-tone and pop goodness. Their iconic style is represented perfectly and should prove to anyone that they’ve still got what it takes to make some of Ska’s best tunes.

This is something that I don’t think received as much press as it should have. Tim Armstrong took some time to really develop the ideas that were started with his solo album. The album is a great mix of punk and ska tunes done in the way that only Armstrong can deliver. Perhaps even more amazing than the album itself are the singles that came out of this project. Featuring an incredible cast of musical performers, Tim produced some outstanding originals and covers. The likes of Elvis Costello, The Specials, Bob Dylan, and Fugazi receive the Timebomb treatment and offer some of the most creative tunes of 2012.