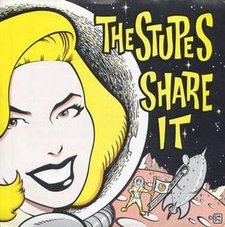 Glen Mullaly
glen@glenmullaly.com
Contact Info
Former members of Bum and Pez. Three 7" and numerous compilation releases from 1994 to 1997. Planned "Best Of" release for late 2011.
No audio samples have been linked to this profile.
No member roster has been entered (to link to musician profiles.)
Status: Broken Up
- Last confirmed Feb. 2, 2013
Submit info on this band to our admins