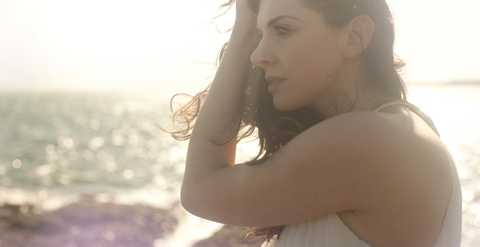 Elah began her music career at an early age, earning her stage legs touring Canada with a traditional bluegrass music band she formed along with her two sisters. The girls were traditionally trained as bluegrass vocalists by their grandfather, an accomplished country musician who once played with the legendary Johnny Cash. This early musical training helped define Elah’s incredibly unique and willowy vocal style and also helped catch the attention of Grammy Award Winning Producer John Carter Cash. In March of 2013, Elah was invited to Hendersonville, Tennessee, to record remixes of some of Johnny Cash's greatest hits at the world renowned Cash Cabin Studio.


Later that year, after entering in the World-Class Peak Performance Project as a Top 20 artist, Elah underwent a critical musical transformation. The result was a complete makeover that saw the birth of “Elah”, the Hebrew word for terebinth, the tree of righteousness. Pulling on elements of her deeply spiritual upbringing, as well as the early gospel music of her youth, Elah has been led to this deeply conceptual and hauntingly spiritual project.