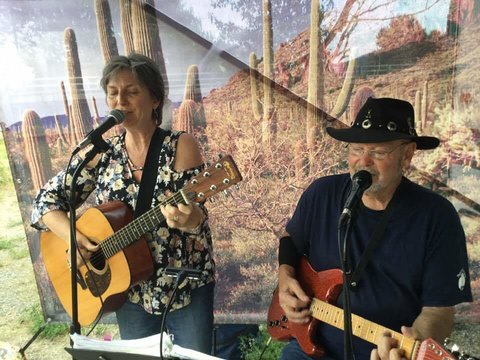 
If you'd like to hire a country blues duo with sweet mellow harmony and easy listening for your pub, restaurant or event send us a message and we'll send you an mp3.
Love to hear from you! ~Bonnie and Joe
No audio samples have been linked to this profile.
No member roster has been entered (to link to musician profiles.)
Status: Available for Shows/Gigs
Western Canada and Olympic Peninsula May thru Sept Arizona October thru April - Last confirmed Oct. 8, 2019
Submit info on this band to our admins