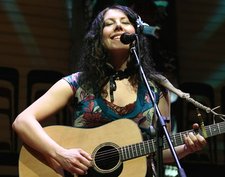 "Come from Galiano Island with a banjo on her knee, Vancouver's Tamara Nile could well be the biggest roots noise out of these very rootsy parts since Neko Case and the Be Good Tanyas. Produced with the gifted Adam Popowitz, this is earthy as mushrooms, but Nile is no mere campfire girl, possessing formidable writing and singing chops. The opening "Trees" sounds like an ancient Appalachian plaint, while "Silently" hints Rickie Lee Jones smarts and the sad, hooky "Friday Night" slays me every time. And you have you have got to hear her "Buddy Can You Spare a Dime". A real talent." ~ John P. McLaughlin