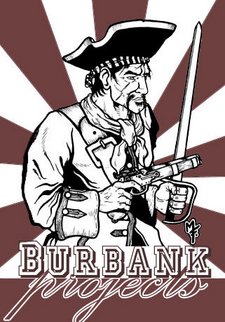 burbank projects
burbankprojects@hotmail.com
Contact Info
burbank projects is a band that you like and will dedicate your life to or we will blow up planet Earth. they formed sometime last year and played one show then got new drummer and 2nd guitarist in december '05. they then played 5 shows over the next 3 months and there vocalist decided to call it quits due to bowel problems, just kidding, due to other future plans? sure...
so that leaves them on a temporary hiatus to write thick songs that will make your heart explode and underwear soggy, and audition for a new vocalist.
p.s. if interested in tryin out email @ [email protected]
No audio samples have been linked to this profile.
No member roster has been entered (to link to musician profiles.)
Status: Unknown
we are looking for a new vocalist. - Last confirmed Mar. 8, 2006
Submit info on this band to our admins