"If you’re down to class things up a bit this winter, nothing will make you fe...

"If you’re down to class things up a bit this winter, nothing will make you feel more sophisticated than a jazz club date night. Just you and your boo sipping cocktails and enjoying some live tunes. Also, jazz is sexy, okay? It just is. Whether you’re someone who likes to get dressed up and hit the town, stay in for a cozy at-home date night, or get outdoors and brave the cold, winter definitely does not have to mean resigning yourself to months of Netflix movies and takeout,” Cosmopolitan Magazine.

Angela Verbrugge is gifted with the innate ability to help listeners recall their emotions and life stories through her storytelling. Her warm, engaging voice is a cornerstone of her sound and has brought joy to thousands of listeners around North America, Europe and Turkey over the last few years. Part of what sets Angela out from the many great jazz vocalists in Canada is her deep talents as a songwriter and lyricist, coupled with her instinctive abilities and theatrical training that bring new life to the classic jazz repertoire. It is this mix of original songs that sound like new standards, mixed with carefully curated songs from the Great American Songbook, that define her unique sound. Jazz master and bebop originator Charlie Parker said 'if you don't live it, it won't come out of your horn'. Angela personifies this great quote from one of her heroes, as a woman with a deep life experience that comes out in her live and recorded performances. Angela graduated from a top theatre college in Toronto and moved west to pursue this career before a head-on collision and broken legs nearly ended her life. It did end her acting career. After two more wake up calls: nearly drowning and a cancer diagnosis, upon recovery, she decided to follow her heart to music. The style that emerged blurs the lines between jazz singer, vocalese technician, cabaret storyteller and original composer. That culmination of stylistic influences and life experiences presents itself in a confident but humble singer who truly connects with any audience, in any culture. The biggest jazz magazine in the world and their readers, JazzTimes, seem to agree as they recently awarded Angela the 2020 JazzTimes Readers' Poll for Best Female Vocalist over some of the biggest jazz singers in the world including fellow Vancouver Island legend Diana Krall and multi-Grammy winning Cecile McLoren Salvant. Two of the most important vocal jazz critics and authors are Will Friedwald and Scott Yanow. Will Friedwald offered to write Angela's liner notes for her debut release. Out of the 2400 releases he is sent each year, Scott Yanow has named both of Angela's recordings in his 25 most memorable albums of the year list.

JazzTimes Magazine writes that charismatic Canadian jazz vocalist Angela Verbrugge "possesses a winsome, brightly-burnished, pliable voice, with ample emotional intelligence, and conspicuously good taste.” Toronto Music Report described, “Verbrugge addresses each song with the breathtakingly, absolutely natural purity of her voice. A rare perfect album.” CBC Radio host Laila Biali described, "There's so much joy in delivery.” WSJ-writer Will Friedwald describes, "a vocal sound that's full of depth and nuance - welcoming the light without denying the darkness”. Angela was one of the youngest graduates from Toronto’s George Brown School of Performing Arts after a youth spent in Ontario. She relocated to Vancouver (1997) and after having kids and three brushes with death, she decided to follow her passion to jazz. She relocated to Victoria on Vancouver Island in 2019. Angela is primarily influenced by the swing era, vintage musicals, and bebop. She has appeared at the Victoria Jazz Festival, the Fort Langley Jazz and Arts Festival, Vancouver International Film Festival, and top jazz clubs internationally such as Pizza Express London (Soho) and leading venues in Istanbul. Back in Canada, she tours to venues such as Frankie’s, Hermann’s, Yardbird Suite, Alvin’s Jazz Club and the Rex. Her trios have included such Reg Schwager, Ray Gallon, Cameron Brown, Neil Swainson, Miles Black, Cory Weeds, Bernie Senensky, and Terry Clarke.


Ashley Wey is known as the former artistic director for Hermann’s Jazz Club where she guided Victoria’s thriving music scene for several years, but at the core of all she does, she is a world-class jazz pianist. While she has released several jazz albums that showcase her piano and vocal talents, Ashley’s most recent project is entirely original project melding alternative folk, pop, and jazz. She is a first-call accompanist on Vancouver Island, but also an interantional bandleader of her own right. She studied under the Canadian jazz greats such as Don Thompson in Toronto before touring the world on cruise ships around the world with four-time Grammy Award winner, Manny Kelloughis. She has worked with Canadian Idol winner Eva Avila, Juno Award-winners Brandi Disterheft, Mae Moore, and all the leading vocalists in Victoria.

One of the busiest musicians on Vancouver Island, Louis Rudner is an upright and electric bassist, educator, and music arranger and copyist. He earned his Bachelor’s and Master’s in Music Performance on the Double Bass/Jazz Studies at Michigan State University. After several years of travelling the world via cruise ship gigs, he has settled into Victoria with his wife, pianist, Ashley Wey. Louis is a regular member of several local groups, as well as playing with many more local greats and touring artists. He finds himself performing most days of the week, and when he’s not performing, he’s educating the next generation. 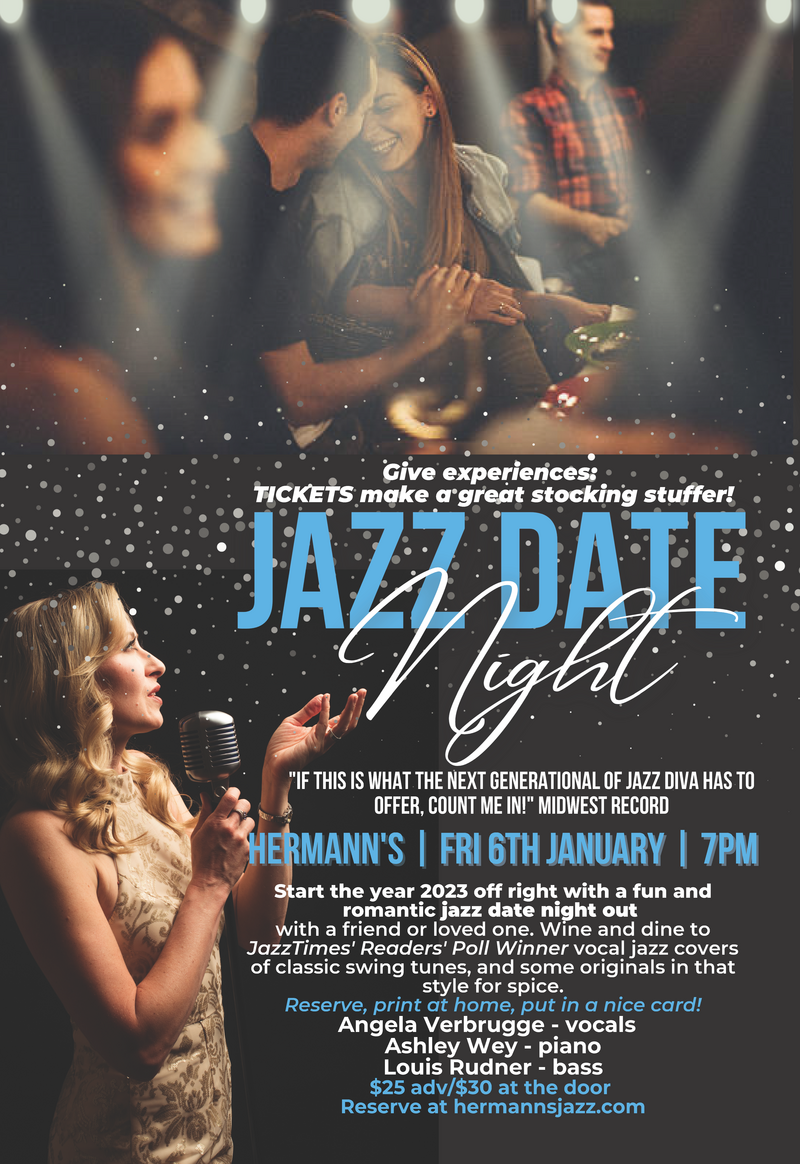