Vocal jazz, influenced by vintage musicals from Victoria BC
Available for Shows/Gigs

Join Angela, Miles Black, Ken Lister and Buff Allen to celebrate the release of Angela’s second album, "Love for Connoisseurs”, featuring the Victoria-based vocalist’s original lyrics to jazz compositions by modern-day composers based in New York City and Vancouver. Her vision for this project was to create new vocal jazz repertoire by collaborating with composers that write innovative, yet catchy, bebop and classic jazz melodies.

JazzTimes writes that Angela "possesses a winsome, brightly burnished, pliable voice, ample emotional intelligence, and conspicuously good taste”, while JazzWeekly describes her as “fun and quirky, hip and a hoot, wispy and romantic.” In 2021, she brought her music to top jazz clubs in London and Istanbul. Angela is touring the album across Canada to Vancouver, Lion’s Bay, Nanaimo, Port Alberni, Banff, Edmonton, Calgary, Ottawa and Toronto. 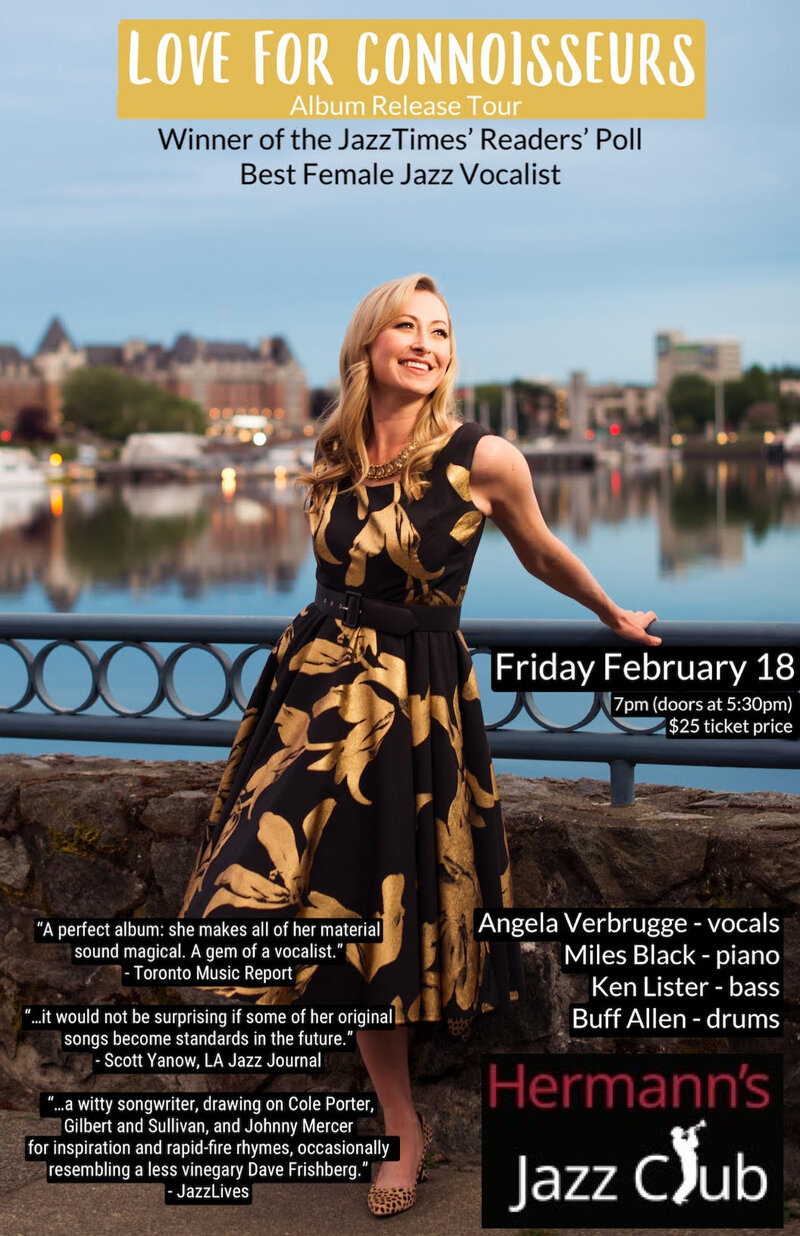