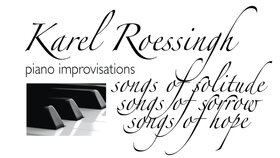 Karel Roessingh is a composer, arranger, producer and musician who has written scores for over five hundred television episodes, and many award-winning films, documentaries, and promotional videos. He has recorded and produced more than sixteen of his own CDs, including several for the Canadian Naturescapes series distributed world-wide, two jazz trio CDs and many solo piano CDs.