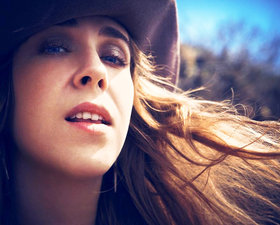 In 2011, just two years after releasing her debut album and after a cross-Canadian tour with Melissa Etheridge where the duo performed Ryder’s "Broken Heart Sun," singer/songwriter Serena Ryder was inspired to release her second record: "Harmony." While this young, Canadian artist has already received three Juno awards and two Gold Albums, this 2013 release just took home another Juno for “Adult Alternative Album of the Year.” Her new single, "Stompa," was also nominated for “Single of the Year” and had been steadily climbing the international charts, becoming certified platinum soon after its feature in a 2012 episode of “Grey’s Anatomy.” Possessing a voice with a voluminous three-octave range, Ryder has been likened to vocal greats Adele and Aretha Franklin. By dipping outside her traditional folk music comfort zone in her new album, it is no wonder why Serena Ryder is finally enjoying some well-deserved international acclaim.

Singer/songwriter Mike Edel’s constantly reflective mind, adventurous spirit, compassionate heart and honest lyrics poignantly wrestle with such universal themes as lost love, fear, home, family, and the divine. Years of studying jazz guitar have afforded his sound a full and mature quality that instantly calms with its fluidity and inspires with its creativity. His debut album "The Last of Our Mountains" was produced by Vancouver’s Winston Hauschild (Hannah Georgas, Hey Ocean). Since relocating to Victoria, Edel has grown to be one of the city’s best singer/songwriters. Kiana Brasset violin/vocals, Colin McTaggart electric guitar