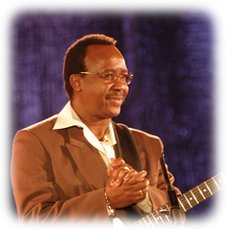 Richard was a gifted virtuoso on the drums as young as four years old. His compositions are driven by the percussive sound of his African home, and reflect its unforgettable rhythms. His musical group reflects the diversity of the styles inherent to his African roots, and creates a musical journey of Funk, Jazz, and its Afro-Cuban, Brazilian and West Indian heritage, giving his style of African music a cutting edge.