No bio has been contributed by this artist. Music Venue

Get In Touch
Submit info on this profile to admins

Join us at the first Night Shift of 2020, Vintage Valentines! Make this Valen...

Reflect on water through film, sound and music, installation and poetry with Bis...

Raven Spirit Dance will dance for Water to celebrate the preciousness of water i...

An early evening of caroling with the Carillon's bells. This is under the stars ...

Sold Out - Night Shift: After Life

From here to the hereafter. For one night only, we will be waiting for you in th...

Kick off Canada Day weekend at the Royal BC Museum's Canada Day stage on Saturda...

Whether you are deeply in love or on the lookout for a little lust in the lead-u...

Why We Are Here!

Monday, March 13 at 7 pm Why We Are Here! Created by Martin Julien and Brian Q...

workingclasstheatre welcomes everyone back to their 16/17 theatre season with Th...

Enjoy the lead-up to Valentine’s Day with an evening of live music, talks, adu...

The Royal BC Museum is going Hollywood this Halloween for their annual adult-onl...

What better way to mirror the vision of the Summit at the Pier but to host an ev...

Answering the caw of a crow, echoing a coyote's cry, whispering the sounds of th...

Answering the caw of a crow, echoing a coyote's cry, whispering the sounds of th... 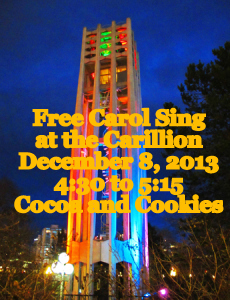 Workshop looks at the comics side of life

Gareth Gaudin sees two kinds of comic-book lovers: One looks for magic in the words and pictures, while the other won’t remove the plastic wrap. Gaudin, owner of Legends Comics and Books on Johnson Street, likes to think of himself as firmly in the f
Read Article
Published by: Times Colonist
Author: Richard Watts