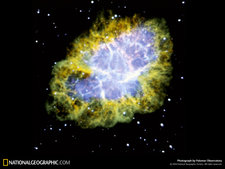 one foot in the molten lava one in the lake from Victoria BC
Unknown - Confirmed: May. 28, 2010 (Awaiting Update)

Dan Thompson 'livedan'
shadowmounds@gmail.com
250 857-0565
Contact Info
‘Oracle Circle’ is a constellation of eight burning asters encircling two merging stars in the Milky Way observed in winter months.
‘Oracle circle’ is a species of mushroom mycelium that exists and adapts in moist Northwest Coast alpine forests and is an integral part of the ecosystem there.
‘Oracle Circle’ is a Rock’ n’ Roll band consisting of approximately eight members Blue Stone, Lucy in the sky with diamonds, Chime, Brett, St. Joseph, Spear etc. revolving around a core; the oracle. They travel in clusters of infectious culture disseminated through fields and towns, kingdoms of biological creatures. Evolving, gaining popularity in several places at once. Making appearances as punctual as the tide on the solstices, equinoxes, eclipses and other special observations of each year, on days reserved for the divining of spirits in ancient religions, a warm up just before dawn, a show at noon, one at dusk and one after midnight.
Vibrations flung into outer space at low frequencies below the range of human hearing an extra-sensory drone // waves of cohesive consciousness resonating with the universe. Their music is instrumental in harmonizing with living things through listeners and non-listeners. People they’ve met before, those that don’t understand a word of English, members of Deaf culture who they sneak hearing aids and cochlear implants just so they can hear the music, a song for the deaf.
Sound and music, music and sound are the primary way the universe communicates with other parts of itself. Waves of various lengths and heights in the structural blueprint of the microwave background, one of the faster, shorter waves is sound, playing the music of ‘Oracle Circle’ on its own radio station.
No audio samples have been linked to this profile.
No member roster has been entered (to link to musician profiles.)
Status: Unknown
Oracle circle is seeking musicians, except for drummer, visionary, but other visionaries are definitely welcome. - Last confirmed May. 28, 2010
Submit info on this band to our admins