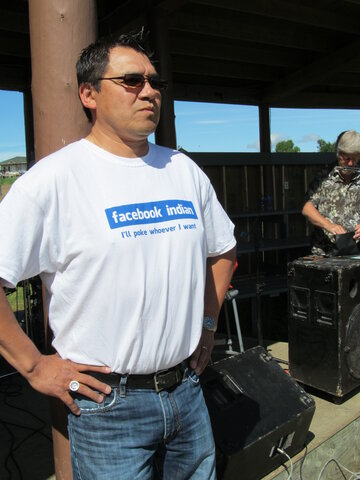 I grew up playing music in Fort Chipewyan, Alberta. I started the band, North Country Rock, with my brother Gerald and Uncle Gordon in 1980. The band still exists today and my brother and I are still actively playing in the band.
I started playing guitar when I was 12, switched to bass guitar when I was 16(my main instrument)and picked up the drums when I was 21. I used to be the main singer in the band, but now I prefer to sing harmonies.
I had my own recording studio in Yellowknife, NWT, where I just moved from. I still have my gear, but no private space to record in.