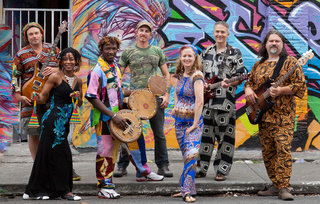 Diallo's passion for and knowledge of both traditional and modern Guinean music has inspired a group of Victoria musicians to form a modern and dynamic Afro-fusion electric band.

Marafani's World Beat's exciting contemporary fusion of traditional West African, reggae, and world beat music always gets people on the dance floor! Marafani has headlined at Victoria's Inner Harbour Canada Day 2014 celebration, the Seattle World Rhythm Festival, Edge of the World Music Festival in Haida Gwaii, and the Diversity Festival on Texada Island, as well as many other festivals and venues.
No audio samples have been linked to this profile.
No member roster has been entered (to link to musician profiles.) 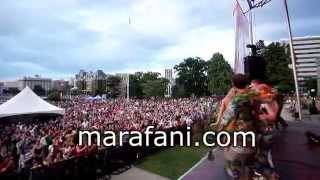 In this video: Marafani World Beat
Posted: May. 28, 2016
Status: Available for Shows/Gigs
We are a local based band - very entertaining including African Dance and performance, gets everybody on the dance floor - Last confirmed Jul. 22, 2019
Submit info on this band to our admins