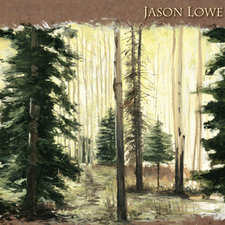 Jason Lowe is somewhat a beacon of hope for not only our Earth, but for a tradition of music that stems from the purest of springs.

Like his influences such as Joni Mitchell and Neil Young and the great composers and poets of times past, Jason Lowe, the 24year old composer from Jan Juc Australia, walks his own individual path throughout the arts, and the planet.

His songs of poetry and deeply enriched musical composition sing serene symphonies of nature, love, adventure, loss, and of the tragedies the modern world has unleashed upon our planet.

In only 1 month since Jason arrived in Canada to tour and promote his brand new self-titled album, he graced the stage with his own solo shows in such Vancouver venues as "Cafe Deux Soleils" "Trees Organic coffee and Roasting house"(Both Gastown locations) and "Cafe Monmartre," And In late summer he completed a highly successful self booked BC tour which saw him provide stellar performances in such venues far and wide as "Streaming Cafe" Kelowna, "Voodoo's" and "Fibonaccis" Penticton, and"Weeds Cafe" Calgary, As well as various House concert shows and radio performances.

October 2012 saw Jason embark on a second BC tour, performing in such venues as "The Duncan Garage Showroom" Duncan, "Spiral Cafe" and "Victoria House B" House concert, Victoria, and "The Treehouse" on Saltspring Island. Which then lead to his residence in Victoria come November where he has since commenced performing regularly in other such renowned Victoria venues as "Ogden Point Cafe" “The Cornerstone Café” “Mcraes” "Irish times" “Serious Coffee” and various House concerts and functions thriving in the area.

So since his begginings in 2007, his accomplishments both in his homeland and now abroad prove indeed that Jason Lowe is fast becoming a name to soon be known on a worldwide scale.

Excerpt from the album:

"This album was born from a time of wandering solitude in lands afar, and of time spent in soul companion company. Recorded mostly within the walls of a house nestled in the native Victorian bush, upon a hill up a long red dirt road.
These songs are of nature, of adventure and destiny, of longing and separation, and of the immense earthly destruction that plagues our time. A time that healing will make, or continued injustice and ignorance will break.
But most of all, these songs are of love, the core essence in every one of them. For the songs that speak of darkness come from the love of light.
I hope you enjoy them."

TO HEAR ALL 10 TRACKS FROM JASON'S BRAND NEW SELF TITLED ALBUM, SIMPLY VISIT HIS BANDCAMP PAGE (SEE LINK BELOW)

www.jasonlowemusic.com (For all show dates and info etc)

“Jason is a fine troubadour, who delivers memorable songs with sincerity and grace. It was a pleasure to share the stage with him.” Eric Bibb

In this video: Jason Lowe
Posted: Jan. 31, 2014
Submit info on this musician to our admins