Colin Arthur Wiebe is a singer/songwriter from Vancouver BC, Canada. Colin has 4 nationally released CD’s and is best known for singing and playing with Canadian legend, Randy Bachman of The Guess Who and Bachman-Turner Overdrive for well over a decade. Colin sounds eerily like the former lead singer of the Guess Who, Burton Cummings. To find out how you can book Colin solo or with his band, go to the event booking page here.

Colin Arthur Wiebe grew up in Victoria, British Columbia. Having an opera singer for a father, Colin has grown up with music. He has been writing songs and singing since childhood. Colin won the prestigious American Song Festival with the song “Key To Your Heart” penned with hometown friend and former bandmate, David Reimer (Barney Bentall and The Legendary Hearts).

Colin moved to Winnipeg in the early 1980’s to join an up and coming recording act called The Billboard Heroes. They moved to Vancouver to record an album which was unfortunately never released.

Through the years in the thriving Canadian music scene, Colin fronted the popular Vancouver band “The Meteors” which was one of the most booked bands at 86 St Music Hall during the exciting time of Expo 86. Colin was recruited by A&M recording artist, Paul Janz and toured in support of the Electricity Album.

In 1991 Colin joined The Randy Bachman Band and was a loyal part of Randy’s team for two decades. Highlights included playing the Orange Bowl in Miami Florida as well as the NBC Orange Bowl parade, The Governor Generals Award Show on CBC for Neil Young’s induction, TV and concert appearances in Europe, the opening of Tin Pan South in Nashville with Delbert McLinton, Michael McDonald, and Jimmy Webb as well as playing many Classic Rock shows with the likes of Alice Cooper, 3 Dog Night, The Doobie Brothers, The Little River Band and many more.

Colin is prominently featured on the Randy Bachman “Every Song Tells Story DVD” and toured multiple times with Randy across Canada playing soft seat theatres. Colin also performed the show in Europe and throughout the US.

Colin Arthur Wiebe’s debut album, Livin’ On Dreams was produced by Randy Bachman (founder of chart-toppers The Guess Who and Bachman Turner Overdrive ) The songs are solid, well crafted and radio-friendly. Colin’s rock n’ roll, pumping piano can be heard on the albums first track “Pebble In My Shoe”. Randy Bachman’s ringy Chuck Berry style guitars and Colin’s gritty vocal compliment this infectious groove, laid down in style by veteran “Guess Who” drummer Garry Peterson. Songs with lyrics that penetrate the hearts of baby boomers, like “They Grow Up So Fast” the emotional duet with award winning female vocalist, Suzanne Gitzi, and “Big Kid” continue to get airplay.

Colin’s CD “Closer To You” recorded at Rock beach Studios, features the beautiful ballad, “Ride Of Your Life” which written by Colin for the Canadian Cancer Society’s “Cops For Cancer” Tour For a Friend event. Colin performed at both the opening and closing ceremonies as well as provided the entertainment for a number of The Canadian Cancer Society’s fundraising events. The CD also includes “Butterflies in a Jar ” a song of redemption. The video was shot in the downtown east side of Vancouver.

Colin wrote the haunting song “Rising On Angels Wings” to honour the lives of four local boys killed in a car accident in his community. Colin performed the song at the dedication of a friendship garden memorial built to remember the boys and is only available as a single.

Colin wrote the song “Never Again” for a documentary called the Original promise. The music video was filmed on-location in Israel on top of Masada over looking the Dead Sea.

Colin travelled to Haiti to film the video for “Heaven Will Be Heaven Again”. The song features Creole harmonies by a Haitian choir and was shot in a dangerous tent city in Port-au-Prince.

When Colin is not performing, recording music or touring he lives in Delta with his wife and 2 daughters. He is the founder and owner of Fast Creative Inc. the world’s first virtual marketing department. company and currentl the President of film production company, GeoNovus Media listed on the CSE under the symbol GNM.

Colin is passionate about helping others to find their purpose. Colin’s music is the kind of music lots of people like. It’s no accident that whatever form of band Colin has had over the years he has packed houses and sent people away with a smile on their face and a song in their hearts. This singer has it all – a comfortable air of self confidence, a no nonsense delivery that cuts to the heart of a song, and that Canadian edge that cuts through any crowd. He writes songs that we can all relate to and chooses familiar grooves that can satisfy most any musical taste. Colin has the unique charm and charisma that can capture an audience and have them become friends as well as fans. He takes the time to sing and play songs that have a story, a purpose and reflect his own experiences and spiritual values. 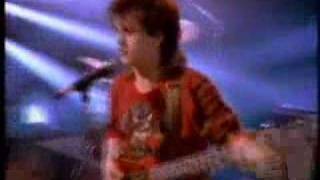 In this video: Colin Wiebe
Posted: Oct. 13, 2016
Submit info on this musician to our admins