Australian born, Ruth grew up on the Canadian prairies, in Winnipeg, Manitoba. She comes from a musical family and has been singing, playing, and performing since she was a child. Her mother a music teacher and orff-specialist, and her father an English teacher with a passion for Shakespeare, it is no wonder Ruth ended up a professional singer-songwriter who spends most of her time on the stage.

Like her siblings, violist Richard (The Bills), violinist Rachel (Winnipeg Symphony Orchestra) and cellist/psychiatrist Jane (keeping the family sane), she was trained classically, beginning with piano lessons at the age of four. Unlike the rest of her family, she was never drawn to learn a stringed instrument, and when she reached her mid-teens and found herself the odd-one out, she decided to study voice instead. Somewhere along the way she discovered a passion for folk and traditional music, and while still interested in the classical side of voice training, she built up a repertoire of folk songs. She was particularly drawn to Irish and Scottish songs, and learned to sing them in the 'Sean nos' style. It was this love and affinity for the Celtic tradition that eventually led her to decide on a career in folk music.

In 1996, after 3 years at university studying English and French literature and a year's pilgrimage to her 'home-land' of Australia, Ruth abandoned the practical idea of becoming a teacher and turned to her growing interest in folk music. Serendipitously, she discovered elementary school play-mate, Leonard Podolak, living across the street, and within weeks she was jamming with the boys from celtic/roots band Scruj MacDuhk. In March, 1997, she officially joined the band and her widely-praised vocals became a prominent feature in the group's sound. She spent five years as their lead singer, playing theatres, folk clubs, and folk festivals across Canada, the United States and Europe. The band's studio album, 'The Road to Canso', was nominated for a Juno for best roots and traditional album of 1999, and earned two Prairie Music Awards for outstanding roots recording and outstanding independent release of 1999.

In 2001, Scruj MacDuhk broke up and Ruth began focusing on writing songs. She taught herself to play the guitar and quickly initiated a new project: a collaboration with fellow Winnipeg singer-songwriters Nicky Mehta and Cara Luft. In January 2002, they took the stage as The Wailin' Jennys, and soon became one of the most sought-after bands on the Canadian Folk scene. In 2004, they released their first full-length album, '40 Days', on Jericho Beach Records in Canada, Red House Records in the United States and Europe, and Shock Records in Australia. It earned multiple awards, including a Juno for best roots and traditional album of 2004. In 2006 The Jennys rejoined forces with '40 Days' producer David Travers-Smith and released 'Firecracker', which received international critical acclaim and multiple nominations and awards, including a Juno nomination for best roots and traditional album of 2006 and the North American Folk Alliance Award for best contemporary release of 2006. The Jennys, now Ruth Moody, Nicky Mehta, and New York-based Heather Masse, with Jeremy Penner on fiddle and mandolin, continue to tour and captivate audiences around the world. This summer they will release 'Live at the Mauch Chunk Opera House', and they will begin recording their third studio album in the fall.

Thought of by many as 'the Soprano Jenny with the ethereal voice', Ruth is becoming known first and foremost as a singer-songwriter, with her compositions being described as 'divine' (Roddey Campbell, Penguin Eggs),'awesome' (John Kendle, Uptown Magazine), and 'classically elegant' (Patrick Langston, Sing Out!). She was one of ten finalists in the folk category of the 2004 USA Songwriting Competition and a semi-finalist in the 2005 International Songwriting Competition, for her song 'One Voice'. In 2002 she released an EP of original songs called Blue Muse, and is currently working on her first full-length solo album, to be released in 2010. Her pure and stunning vocals are matched by impressive multi-instrumental skill (she plays piano, guitar, bodhrán, accordion and banjo). In addition to her collaboration with The Wailin' Jennys, she has also toured and recorded with Oliver Swain (Outlaw Social) and Jeremy Penner (The Bills) in Moody, Penner and Swain (their album is called 'South Bound'), has recorded vocals for numerous Canadian artists, and sings with Renaissance and Early music group, Camerata Nova, in her spare time. 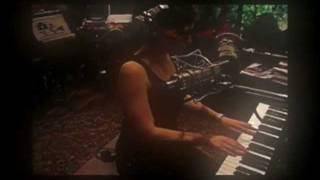 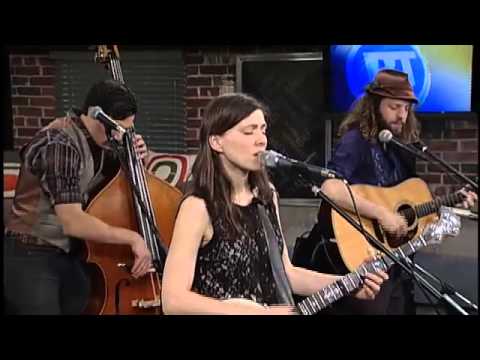 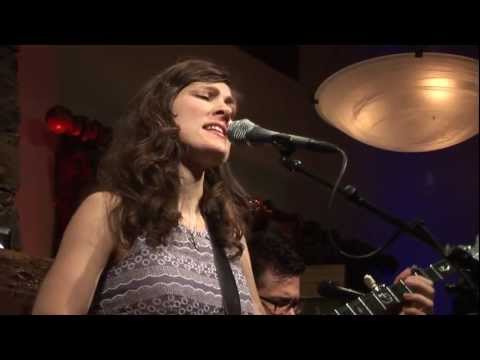 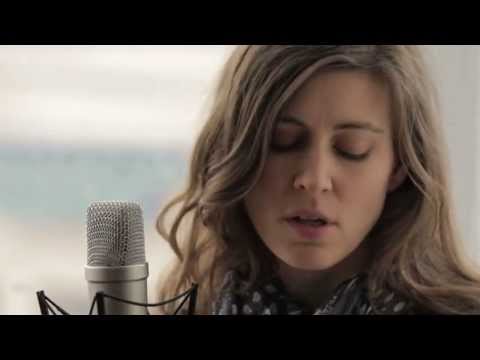 In this video: Ruth Moody
Posted: Aug. 26, 2013
Submit info on this musician to our admins