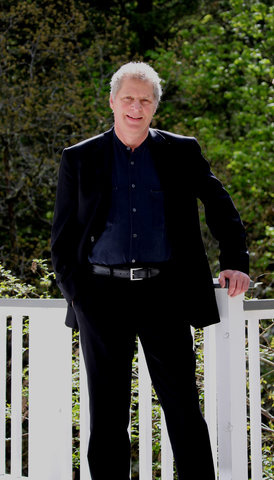 Karel Roessingh is a composer, arranger, producer and musician who has written scores for over five hundred television episodes, and many award-winning films, documentaries, and promotional videos.  He has recorded and produced more than sixteen of his own CDs, including several for the Canadian Naturescapes series distributed world-wide, two jazz trio CDs and many solo piano CDs.

His latest solo project, Birdsong in the Parkade, was recorded with a Steinway grand piano in Victoria's View Street Parkade, with original music based on bird songs on a cross-Canada camping trip.

He has performed with symphony orchestras and rock, jazz, folk, show and country bands throughout the world.  He’s recently recorded with Edie Daponte, Garnett Betts, Maureen Washington and many others, and in 2011 produced and performed on an album with Canadian folk legend Valdy.

Karel has served two terms as mayor in his home municipality, the District of Highlands, and was re-elected to Council in 2018 for his 5th term as a councillor. He has chaired the Greater Victoria Public Library Board and the Capital Regional Arts Committee, and continues to chair the CREST Finance Committee. He is a founding member of the Island Biodiesel Co-op, which he has managed since its formation in 2007.

In this video: Karel Roessingh
Posted: Jan. 31, 2014
Submit info on this musician to our admins