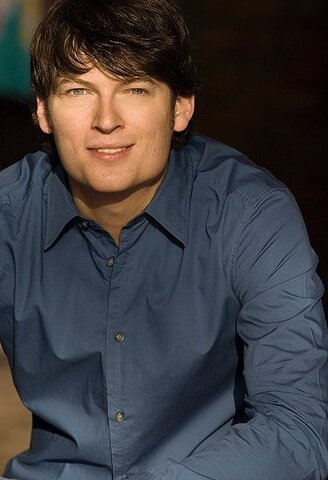 Aaron Wood is both an actor and a musician. Aaron is originally from Montreal Qc. He was born in 1981, has an older sister, an older brother and grew up dancing and singing in his father’s nursing-home business. That’s right Aaron grew up in a nursing-home. The entertainment skills were destined to develop early on in Aaron’s life. He was put into piano lessons at the young age of 6 and was always encouraged to do his best. Acting out favorite movie scenes for the elderly patients and putting on small piano concerts, was what this young boy enjoyed. Aaron’s father would often ask him to play another song for everyone and there was never any argument from Aaron. Playing the drums came naturally to him and he decided to take it seriously. As he got older, Aaron joined his high school band as the drummer and got involved playing at his local church. From age 12 to 18, Aaron played drums for numerous bands and got a taste for the music business. After spending a year in Okinawa Japan teaching English, Aaron decided to pursue his dream of being an Actor. He registered with a local casting agency in Montreal once he returned from overseas. He was quickly picked up to do voice work for a video game called Samurai Warriors. Since he spoke Japanese, he was in line for the acting job. “I can’t believe how much I love acting, what a privilege it is to get paid for this.” Aaron worked doing numerous background acting jobs for different films and worked once again with Koei to do another installment of Samurai Warriors. Aaron was 19 at the time. After 7 years of hard knocks from talent agents, he decided to get proper training as an actor. He moved to Victoria BC and went to study acting for the screen at Victoria Motion Picture school. Now known as Pacific Film & New Media Academy. While going to school, Aaron couldn’t ignore his love for music. He joined a band that needed a guitar player and not a drummer. Aaron now saw an opportunity to play electric guitar, he had dabbled with guitar in the past and had an affinity for it. It’s like he was meant to play guitar and sing. After many grueling months of practice and band rehearsals, Aaron started booking gigs for the band. He was now getting paid to play music while studying to become an actor. He appeared and acted in over 40 indie/amateur films, over a 2 year period. By the age of 29, Aaron had become a union actor through a TV show he landed called Dark Waters Of Crime; all with no representation. He also fronted a blues rock trio and manged to play in every major live music venue in Victoria BC; again all with no representation. Today Aaron continues to polish is sound as a guitar player/singer, playing tones of shows in the local Victorian clubs and seeks out acting opportunities in Vancouver BC.