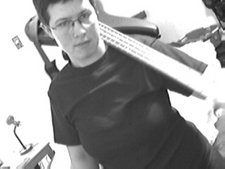 •To put together a band of like-minded and dedicated musicians who would like to collaborate, write and record original material and work and tour full-time.

•Seeking musicians with
equal backgrounds in eclectic jam-styles where improvisation is key; as well as studio-tight, deliberate styles where arrangement is key