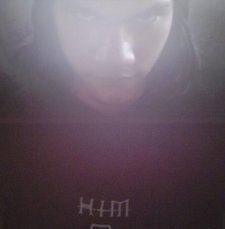 Rock/Metal/Anything that sounds good from Victoria BC

Justin was born in Fergus Ontario, and was raised in Brampton until the age of 8, until he moved to Victoria. He was raised on all the good old classic Rock and Roll and Metal / Hard Rock. His Father was a Drummer and his Uncle Played Guitar. He has always had music surrounding his life, but it wasn't until the late age of 15 that he first picked up a guitar and started to play. He is now in a band with his two best freinds Jayme Black and Dylan Jackson (both on this site) and they are looking to ressurect a type of music that will hit people with both emotion and pure energy.

Their band "LUST" ( also listed on this site) is currently seeking a Drummer. They have had many in the past but none were devoted enough, hopefully you are. give us a contact. And yes, my phone number IS real.