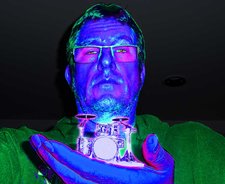 Drummer, songwriter, and the producer-engineer-owner of Frog Song Studio based in Victoria, BC, Canada. Drummer for the band Fine Spirits, which regularly gigs around Victoria. Drummer for Mold Colony, a Victoria indie alternative rock band. Was drummer for Victoria band Hop 'N' Barleys during 90s-00s. Have produced and engineered many commercial releases for various artists in a variety of genres (for samples, visit https://soundcloud.com/t-w-tobin/sets/frog-song-studio). Have written and released a variety of solo material (see https://soundcloud.com/t-w-tobin/albums).