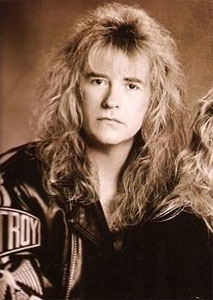 
Howard received his inspiration to pick up the guitar during the 1960s after seeing Dick Dale, the guitarist in the surf band "the Del-Tones", and feeling the excitement from his playing. He studied violin and music theory at the City College, Los Angeles, and also played in a band called The Zoo.
Leese had his first recording contract with Ed Cobb's Sunburst label at the age of 15, as the band The Zoo with friend and drummer Mike Flicker. Later, when Flicker went to work for Jack Herschorn at Mushroom Studios in Vancouver, Leese went with him as a production manager. While there, he and Shelly Siegel started Mushroom Records.
It was at Mushroom Studios in 1974 that Leese helped produce a demo for Heart. The next year, Mushroom Records signed Heart and released the group's first album Dreamboat Annie which Flicker produced. Leese was assistant producer on the album, and was asked to join the band later that year. He played with the band until 1998, when the Wilson sisters put the band on hiatus for several years to pursue other projects and devote more time to their personal lives. Leese was Heart's guitarist, backing vocalist, keyboard player (best known for playing the Mini-Moog solo on the hit song "Magic Man") and song arranger. Aside from the Wilson sisters, Leese is the longest serving member of Heart.
In 1998 he joined the Paul Rodgers Band and continued to tour with them as with Bad Company * Source Wikipedia