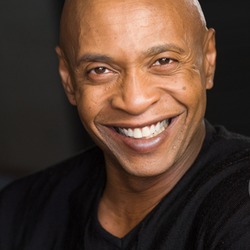 Peter Bryant grew up in Victoria attending school at Mount Douglas High. His father Jerry was a music teacher so it was natural for him to play music at a young age with his choice of instrument being the drums. After school, Peter relocated to Vancouver and played in many club bands, establishing himself as a first call professional. While in Vancouver he found his way to the silver screen and has been acting professionally for over 20 years. In that time, he has had over 85 film and television roles. His credits include, lead, supporting, guest star, and recurring roles on television series such as…Arrow, Grace Point, Psych, The Flash, Intruders, The Killing, Bates Motel, Supernatural, Continuum, Spooksville, Human Target, Battlestar Galactica, Dark Angel, Stargate SG1, The Dead Zone, Smallville, The L Word, and the mini – series, Insomnia, shot in Moscow, just to name a few. Peter currently operates The Bryant Centre for Film & Television Acting located at the corner of Smithe & Richards in Vancouver and still finds time to play occasionally with old friends and band mates.